Utah Sen. Mike Lee joined seven U.S. senators and 16 members of the House of Representatives arguing that Title VII of the 1964 Civil Rights Act does not protect against discrimination based on gender identity or sexual orientation. The Act indicates that employers cannot discriminate on the basis of “sex,” and many courts have ruled that extends to bias against members of the LGBT community.

The case is scheduled to be heard October 8.

“The word ‘sex’ in Title VII of the 1964 Civil Rights Act was not understood, by courts or the general public, to encompass gender identity or sexual orientation until very recently when a handful of activist judges decided to rewrite the law,” he said in a statement released by his office. “The extraordinarily sensitive interests at stake in these cases, such as how funeral homes instruct their employees to interact with grieving families, shows why the decision of whether and how to expand Title VII must be left to careful deliberation by Congress, not judicial fiat.”

Over half a century ago, Congress passed the Civil Rights Act of 1964 and Title VII made it illegal for employers to discriminate “because of sex.” Courts have interpreted that to uphold the rights of women to be hired for a so-called “man’s job”; to get promotions without having to wear make-up or behave “more femininely”; to work in offices where sexual favors are not an implicit job requirement; and not to be passed over for a position because they have young children. The courts have read the law to protect men, too. Sexual harassment of male employees counts as sex-based discrimination even if Congress was not contemplating that particular scourge when drafting the law.

Now before the Supreme Court is a case asking if Title VII’s prohibition on sex discrimination protects gay, lesbian, and bisexual people from being fired on the basis of their sexual orientation. And further, does it safeguard transgender workers from similar bias?

The individuals in the cases are Gerald Bostock, a social worker in Georgia who was fired after joining a gay softball league; Donald Zarda, a sky-diving instructor in New York whose sexual orientation also cost him his job (he has since died); and Aimee Stephens, an embalmer whose presentation as a transgender woman led to her dismissal from her position at a funeral home in Michigan. Zarda and Stephens won their cases in the Second and Sixth Circuit Courts of Appeals, and Bostock lost his case at the Eleventh Circuit.

The Trump administration filed a brief asking the Court to allow the firing of LGBT workers in August.

“This is the Trump Administration’s 124th attack on LGBTQ people since taking office and they join Roy Moore in opposition to workplace protections for LGBTQ people,” said a statement released by GLAAD. 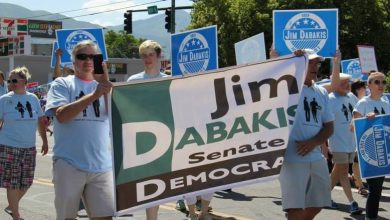