Utah State Sen. Derek Kitchen and his husband Moudi Sbeity announced Sunday via Facebook that they are ending their marriage.

Sbeity came to Utah from Lebanon in 2006 and studied at Utah State University. Kitchen grew up in South Jordan, Utah.

They joined a discussion group in 2012 with Restore Our Humanity to discuss the possibility of suing the state of Utah for equality in laws dealing with marriage, including the Utah State constitutional amendment that defined marriage as only between “one man and one woman.”

Nineteen months later, to almost everyone’s surprise, a ruling came down from Judge Robert J. Shelby siding with them. Couples began marrying immediately until a stay was granted by the U.S. Supreme Court 21 days later. Kitchen v. Herbert was won when the State of Utah was denied without comment the petitions for certiorari by the United States Supreme Court on October 6, 2014, four days before the couple’s fifth anniversary.

The two waited to marry until May 24, 2015, in a public ceremony at the Gallivan Center.

Together, the couple owns Laziz Foods, which sells hummus and spices online and at farmers markets, and Laziz Kitchen in the Harvey Milk Boulevard District which serves modern Lebanese cuisine.

“When we met ten years ago, we did not know what would be in store for us, nor did we know how far our shared strengths and compatible differences would take us. We are incredibly proud of what we’ve been able to accomplish together – from our fight for marriage equality, growing two businesses, and running for public office. We’ve been proud to share this journey with you publically with full transparency, right from the beginning. We couldn’t have done it without your support.

“Within our fight for marriage equality, we fought for all the challenges and rights that come along with it. So, It is with much love and in the interest of living with full transparency still, that we are letting you know that we have decided to pursue individual paths and end our marriage.

“Had we known that this would be the outcome when we met, we would do it all over again. We remain good friends, business partners, and supporters for each other. We still care deeply for, and love each other, and hope that you can find comfort and love in the knowledge that we will continue to stand for and work for our community, whether it’s through politics, or a safe space for a warm meal.

“As we navigate this new reality, we hope that we can count on your respect and ongoing support. We are reminded of this quote from Francis Weller: “The work of the mature person is to carry grief in one hand and gratitude in the other and to be stretched large by them.” Grief for our loss and gratitude for our shared growth.

“Love is love, and love will be love again.”

Bisexual U of U Former Employee Claims Wrongful Termination 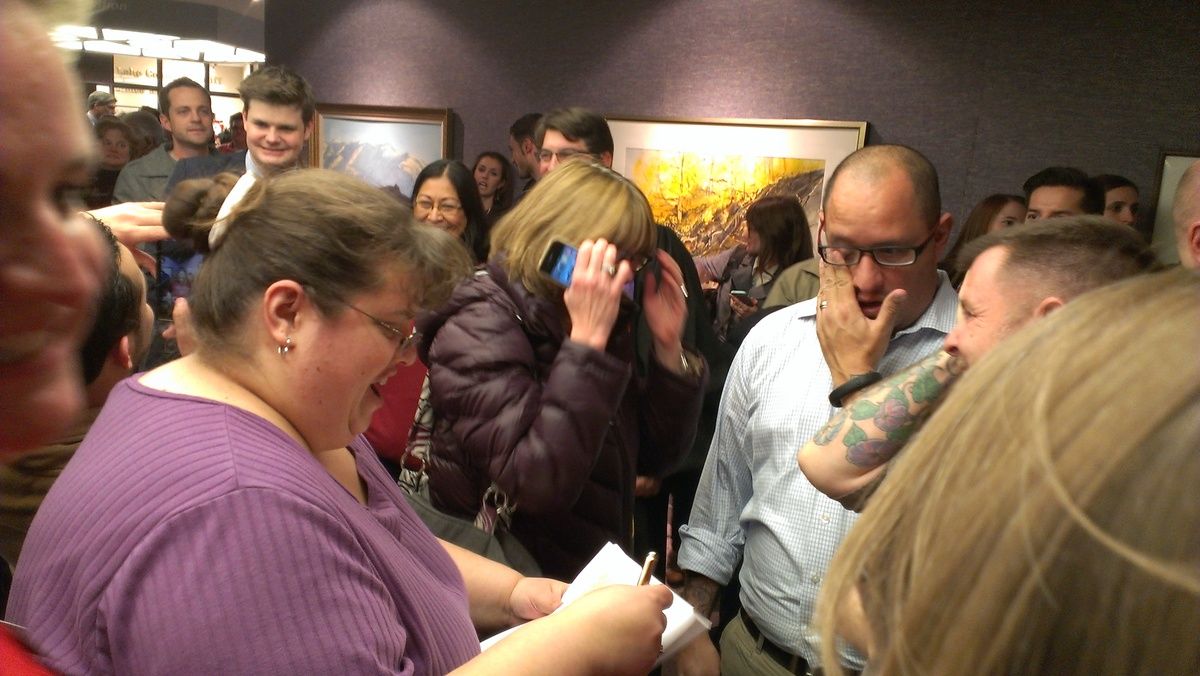