As a gay man whose big love for professional sports (okay, only football and tennis, both of which star out-and-proud athletes, which warms my cockles by the way) I was unnecessarily naive by the number of out female pro soccer players. For instance, Megan Rapinoe, Ali Krieger, Lorena Benítez, Sam Kerr, Tierna Davidson, Adrianna Franch, Ashlyn Harris, and at minimum 35 more out players.

But here, I want to share a recent coming-out story that warms my cockles and gives me a long overdue pride for LGBTQ female athletes in the cutthroat world of soccer/futbol.

On July 7, 2019, the U.S. women’s soccer team, of which Utah Royals FC defender Kelley O’Hara is a team member, won the World Cup their second consecutive World Cup — their fourth overall — making them the team with the most FIFA Women’s World Cup wins in history.

Shortly after the winning moment, the team danced on the pitch and the American flag dropped to the ground, and player Allie Long accidentally stepped on it. U.S. teammate O’Hara, however, was quick to pick it up, which apparently turned Republican fans (aka Trump supporters) to ‘claim’ her.

But unbeknownst to the Republican fans and many others, after saving the “trampled” flag, O’Hara ran to the stands after the game and kissed her girlfriend as cameras recorded.

“[A lot] of people are queer in public now, and everyone knows there are queer players on the United States women’s national soccer team,” Kim McCauley wrote for SB Nation. “But what made this moment significant is that O’Hara had not previously made any kind of announcement about her partner or sexual orientation. She didn’t follow this moment up with an interview, a social media post, or a proclamation of any kind. She just had an affectionate moment with her partner, then continued her life as normal, because what she did is normal and should not require an explanation.”
O’Hara’s no-big-deal kiss didn’t require a need to make a written statement. Instead, she received incredible praise from the queer community and the U.S. Women’s National Team fans. 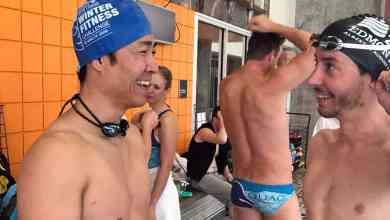