One thing is certain: Salt Lake City will have its third female mayor take their oath of office in January. Both progressive candidates, Luz Escamilla and Erin Mendenhall have many similarities, yet different leadership styles. We ask them specific questions concerning the LGBTQ community:

What do you believe to be your greatest contribution to date to Salt Lake City’s LGBTQ community?

LUZ ESCAMILLA: After the suicide of 14-year-old David Phan in Taylorsville, we were able to work on suicide prevention programs in secondary schools and aim them at LGBTQIA+ youth in HB393, where I was a senate sponsor.

On top of that, but directly related to David Phan, I was able to sponsor SB161, which reformed our Bullying and Hazing code to require schools to report, collect data, and train staff on bullying, cyber-bullying, hazing and retaliation, which included emotional distress and harm for the first time.

The system failed David Phan and I want to do everything I can to prevent it from happening again. More work needs to be done but I am proud to have been involved with both of these bills.

ERIN MENDENHALL: As a city council member, I have been a vocal supporter of the LGBTQIA community. I supported the renaming of 900 South to Harvey Milk Boulevard, I voted in favor of the Joint Resolution to commemorate World AIDS Day, but most importantly, I protested the Days of ’47 Parade in 2014 due to anti-LGBTQIA actions of the organizers.

When the group Mormons Building Bridges was not allowed to participate in the Days of ’47 Parade, I refused to attend this event and released a public statement. I informed the organizers that “I will not participate in the 2014 Days of’ ’47 Parade. It saddens me that the organizers of this parade turn their back on a long tradition of Salt Lake City providing sanctuary and refuge.”

I have always been an ally to the LGBTQIA community, and if elected Mayor I will seek out policies that create tangible progress for this all members of this community.

What initiatives are you considering that directly affect Salt Lake’s LGBTQ community?

ERIN MENDENHALL: Salt Lake will thrive if we embrace and encourage the unique contributions all residents make to our cultural and economic diversity. We are stronger because we work together. We are healthier and safer because we respect, learn from, and take care of one another. I want greater representation of LGBTQ voices and ideas across all areas of governance and public life of our city.

As mayor, I will deepen a partnership with the Utah LGBTQ+ Chamber of Commerce to recognize and support the creativity and ingenuity of those leading our particular brand of progressive and equitable economic growth. I’ll fully support and integrate the work of our Human Rights Commission and fill vacancies in a way that ensures that the membership of the Commission reflects the diversity of the city and adequately represents our most vulnerable residents.

I’ll ensure that city government is as inclusive as possible by working to expand LGBTQIA protections to public accommodations, providing transgender inclusive healthcare benefits for city employees, and I’ll work to include gender-neutral bathrooms in all city-owned facilities.

I will also work to put anti-bullying policies in place to prohibit bullying on the basis of sexual orientation and gender identity or expression. I will ensure that these policies are enumerated at the school district levels as well.

Would you consider an executive order to include certified LGBTQ-owned businesses in your diversity buys, similar to those done for women-owned and minority-owned businesses?

LUZ ESCAMILLA: Yes, LGBTQ should be a protected class and deserves to get support as business owners.

ERIN MENDENHALL: I believe that it is important to prioritize supporting local business as often as possible. I will commit to exploring the process of supporting locally owned and minority run business when purchasing for Salt Lake City.

Would you work for a resolution to encourage the state of Utah to ban the practice of conversion therapy?

LUZ ESCAMILLA: Of course, I was supportive of the legislation this session.

Would you work within the city to address the wage gap in the LGBTQ community, especially with transgender individuals?

ERIN MENDENHALL: The mayor doesn’t have control over wages paid in the private sector, but she does have the ability to recruit companies to come to Salt Lake City that share our values. We need to grow our city in a way that values diversity and inclusion and improves the lives of all our residents. So we need to focus on bringing tech businesses into our city that want to be part of the city’s progress. I will work to grow our tech sector bringing in high-quality jobs that value employees and create inclusive working communities. 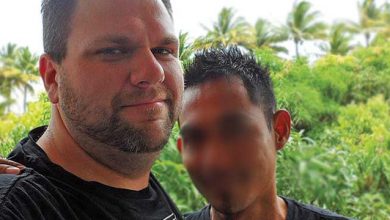 Over 700 licenses issued to same-sex couples in Utah