Kiyoko will be in Salt Lake City to perform at The Complex in March, 2020 as part of her “I’m Too Sensitive for This Shit North American Tour 2020”

Hayley Kiyoko will receive the “Youth Innovator Award” for her work using her voice in the music industry to shine a light on marginalized communities. Her support has included the use of her “One Bad Night” music video to raise awareness about violence against transgender women; donating bras from her sold-out Expectations tour to homeless LGBTQ youth; teaming up with Cameo to raise money on their platform for The Trevor Project; and continued recognition and representation of queer women of color on a national stage. Previous honorees include Amandla Stenberg, Tyler Oakley, Jazz Jennings, Skylar Kergil, and more.

“The Trevor Project knows how important it is for LGBTQ young people to see themselves and their identities represented by inspiring young artists like Hayley Kiyoko,” said Amit Paley, CEO & Executive Director of The Trevor Project. “Hayley embraces her identity as a strength, serving as a role model for LGBTQ youth around the world — we’re so excited to honor her at TrevorLIVE LA and celebrate 21 years of saving young LGBTQ lives.”

“Through songwriting and directing music videos, I have been able to share my personal experiences of love and identity with an audience that has struggled with mainstream representation in pop music over the years. My biggest goal is always to inspire hope,” said Hayley Kiyoko, who counts over 300 million global streams, 1.8 million YouTube subscribers and 350 million lifetime YouTube views.

“I’m honored to be recognized by The Trevor Project, an organization that’s helping to bridge the isolation youth feel in crisis. Growing up I felt the isolation of being different so I am beyond grateful for the work they do because creating a safe space can truly help people feel less alone.”

The event’s star-studded red carpet and awards ceremony will be live-streamed Nov. 17, at 9 p.m. ET / 6 p.m. PT, on The Trevor Project’s Facebook, Twitter, and YouTube, powered by Revry, the first queer global streaming network. Revry is the exclusive live-streaming partner and official streaming network of TrevorLIVE LA and New York.

An Other Theater Company’s 2019/20 season: All about women and gays 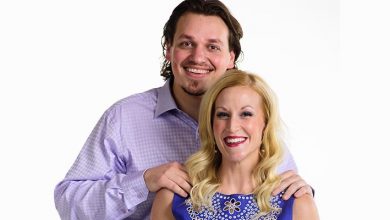