He looked to bygone moms, specifically the classic trope of the overburdened middle-class housewife. With a beefed-up budget of $300,000 he rounded up his motley crew of John Waters regulars, including Divine as Christian mother-of-two Francine Fishpaw, for Polyester, released in 1981.

A hysterically melodramatic spoofing of the American suburbs, the film holds up as one of Waters’ finest comedies — due in large part to the game cast, including Edith Massey as Francine’s debutante friend Cuddles, who regularly dispenses basic-mom-type inspirational bromides to soothe Francine. And with Tab Hunter playing opposite Divine as, naturally, the hunk who swoops in to save her from domestic agony — his name, Todd Tomorrow, is over-the-top perfection — Polyester nudged Waters closer to mainstream notoriety and would eventually give him enough household-name clout to make Hairspray and Serial Mom.

Among the supplemental features on Criterion Collection’s new Waters-approved Blu-ray edition is a feature where Hunter, in an interview shot several years before his death in 2018, appears on-camera to discuss playing Todd despite his agent’s advice to pass. In a separate interview conducted by out film critic Michael Musto specifically for this special edition, Waters discusses various aspects of the film, including the movie’s wide-ranging smells (the Criterion edition includes an “Odorama” scratch-and-sniff card), Tab Hunter’s kiss with Divine, and Divine’s evolution from monster to heralded sympathetic housewife.

Elton John’s on-the-surface glitzy, larger-than-life story can’t be contained to a mere biopic. The shiny gay costumes, the shiny gay glasses. The drugs, the overdose. The parental rejection. But then, of course, the story’s greatest turn of events: how Elton John rose above it all to become, well, Elton John.

So Rocketman, fortunately, is a razzle-dazzle, Broadway-big musical with an apt surrealist flair that arranges the elements — the dark, the decadent — of Elton’s life and career into a wild, otherworldly fever dream (it even leans proudly into its subject’s innate queerness, unlike last year’s Bohemian Rhapsody). In the film, directed by Dexter Fletcher, we meet Elton as he makes a very Elton entrance, storming into the scene with fully bedazzled devil horns, feathered wings and gem-encrusted heart specs to go to … rehab.

Amid parental pushback on his passion for music and his homosexuality, a critical career moment occurs at one of L.A.’s historically famous music venues, the Troubadour, where Elton jams on the piano, playing his hit “Crocodile Rock.” When he hilariously levitates, the crowd joining him in mid-air as he hovers over his piano bench, Elton’s life is no longer a match for reality. Only a supernatural flourish can truly register his emerging stardom.

Capturing the essence of Elton with precision, charm and his own singing voice — and the heartbreak of having your parents reject you — is Welsh actor Taron Egerton. His magnetic presence is such a staggering revelation it’s impossible to imagine what Rocketman would be like without him carrying it on his sequined shoulders.

Included among the supplemental features is “Becoming Elton John,” where Egerton talks about transforming into John; during the short feature, John, executive producer, discusses watching the film, calling it simultaneously “eerie” and “satisfying.” Clips on staging the musical numbers and the costumes, as well as Egerton’s studio session (where John gives Egerton free rein), are also among the loaded special features.

Nerd-friends Amy (Kaitlyn Dever) and Molly (Beanie Feldstein) have a bright future ahead of them. Amy is going to Columbia, and Molly is off to Yale. They worked hard to get into those Ivy League schools and have been rewarded accordingly… and, wait, the kids who drank and smoked and partied also got accepted to those schools?

So Amy and Molly lose their shit, realizing that amid extracurriculars and college-prep courses they could’ve been playing beer pong, getting wasted, and waking up next to boys and, in the case of the casually queer Amy, girls. In a crazy, Superbad-type effort to squeeze in very last bit of drunken, drugged-out, jail-level fun they didn’t have in high school, Amy and Molly go all out the night before they graduate from Crockett High School for good.

This is it. Their last shot at being remembered as more than total bores. A riotous, tender coming-of-age teen-friendship romp, director Olivia Wilde’s directorial debut modernizes and diversifies the classic school-comedy with a cast representative of the queer experience: there’s Amy, but there’s also George (the great Noah Galvin, who, at one point, unleashes a perfectly timed hiss) and Alan (Austin Crute), a pair of theater aficionados who, like other well-rounded side characters in the film, eschew cookie-cutter stereotypes. They are each their own messy person (look no further than George’s appropriately melodramatic take on an Alanis classic). They read like real people, people you could’ve known.

In that sense, Wilde’s biggest triumph is its authenticity, but Booksmart is also a weird, emotional and wonderfully queer-inclusive creation, which wisely stays rooted in the film’s central, changing friendship. Featured on the film’s Blu-ray release is a contextual feature with the cast and Wilde, as well as a peek into the delightful “dance fantasy” scene.

As editor of Q Syndicate, Chris Azzopardi has interviewed a multitude of superstars, including Cher, Meryl Streep, Mariah Carey and Beyoncé. Reach him at [email protected] 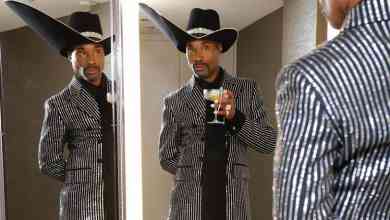 And the Emmy goes to …. LGBTQA