The Go-Go’s documentary of your dreams is here

The Go-Go’s were among the first punk rockers in Los Angeles, but when the time came to choose Black Flag-style hardcore (they used to play shows with those guys) or bouncy pop punk, the tightly-knit band of women opted for the latter and became superstars.

Over 40 years later comes a suitably legend-status documentary about them called, simply, The Go-Go’s. Directed by Alison Ellwood (American Jihad) and covering the origins, burst of ’80s fame, controversies, breakups and reunions, the doc promises full access to the stories of Jane Wiedlin, Belinda Carlisle, Gina Schock, Charlotte Caffey and Kathy Valentine, the women behind the most successful all-female rock band of all time.

We’re not sure if their queer icon status will get a lot of play, but any Gen X fan will tell you the band was always a favorite of so many queer boys and girls in their heyday (and that queerness has always been part of the band, too, since Jane is bisexual and Gina is… well, Gina is the quiet sort). In other words, we want to watch this thing yesterday, but will have to wait until its premiere at the 2020 Sundance Film Festival.

Uncle Frank rides along on a gay 1970s road trip

Alan Ball, the man who created Six Feet Under and shepherded True Blood to television, has written and directed a new queer-themed road-trip film. It’s called Uncle Frank, it’s set in 1973, and it follows an 18-year-old woman (Sophia Lillis, It) and her gay uncle (Paul Bettany) as they drive from Manhattan to South Caroline for the funeral of the family patriarch. Along for the ride is Uncle Frank’s partner (Peter Macdissi, Six Feet Under), a relationship that we’re going to guess provides some of the early-’70s-queer-in-the-South tension when that funeral goes down.

The logline says it’s a film about family and forgiveness, which sounds very heartwarming. Of course, we’re also hoping for some righteous post-Stonewall rage thrown in for emotional accuracy, but knowing Alan Ball’s track record with queer characters we’re not at all worried about it going too soft and mushy. The film premieres at Sundance 2020 before hitting some sort of arthouse theatrical window later in the year; it co-stars Steve Zahn, Judy Greer and Margo Martindale, and we’re looking forward to the ride.

In 2017 when we last spoke of Bad Hair, a horror comedy from Dear White People creator Justin Simien, there was only a goofy intention to create a film about a haunted hair weave that troubles the existence of an aspiring pop music singer in 1989 (peak New Jack Swing, and we have deep hopes for a Karyn White-meets-Keith Sweat soundtrack). Now there’s a finished feature and it’s hitting 2020’s Sundance Film Festival. It cannot hurt this movie’s prospects that since 2017, the British film In Fabric, a horror comedy about a murderous red dress, has drawn praise from critics and paved the way for more entries in the cinematic subgenre of The Haunted Item. Loving the cast, too: Elle Lorraine (Insecure), Vanessa Williams, Jay Pharoah, Lena Waithe, Blair Underwood and Laverne Cox. We’re extremely ready for this one to flip our wig.

The International Male catalog will find you again

If you are, let’s say, a younger queer Baby Boomer or any age in the Gen X spectrum, it is almost a certainty that you once (or many, many, many times) laid eyes on the International Male catalog. Before you ever had the nerve to come out, somehow that catalog found its way to your home. It knew your name. It knew what you wanted. Even if you never dared buy a mesh thong or fluffy pirate blouse or screaming orange jump suit, it knew that the image of very attractive male models wearing those clothes (especially the underwear, where no bulge was left on the editing room floor) was going to appeal to you in some spiritual way.

Over three decades the IM catalog was, as much as any Calvin Klein underwear billboard, a window into queer male aesthetics. And now it’s a film. All Man: The International Male Movie, currently in production, from directors Bryan Darling and Jesse Finley Reed, will explore just what it meant to be an iconic part of the male-on-male gaze’s impact on mainstream culture. Interview subjects so far: Carson Kressley, Jake Shears, and former IM models Brian Buzzini and Steve Lyon. We’re sure more will follow. And we’ll be following this project’s progress until it’s ready for its place in the horny nostalgic sun.

Romeo San Vicente wore the International Male mesh bikini brief because he wanted to and because he looked amazing in it. 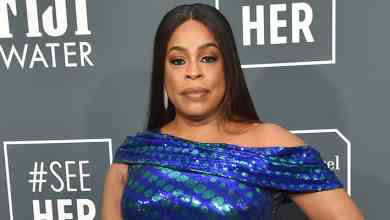 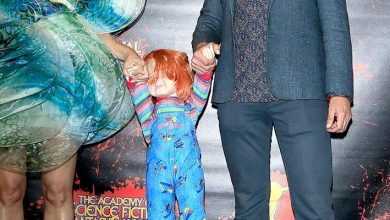 The homophobes might not be ready for season 2 of ‘Chucky’ 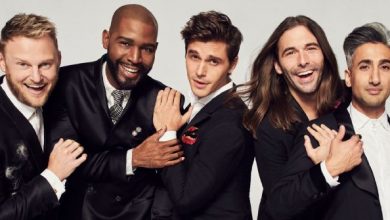 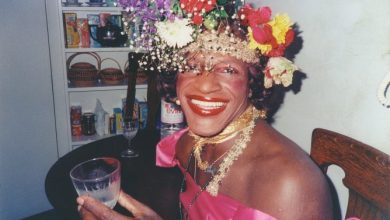