First you need Hulu. Then you need to catch up on Shrill, the wonderfully hilarious sitcom based on essayist Lindy West’s book of the same name. The first season is six addictive episodes about a woman (the captivating and perfectly cast Aidy Bryant from SNL) who writes for an alternative weekly newspaper, and who navigates misogyny, fat-phobia, sneering colleagues, editors who don’t believe in her talent, and cruel Twitter trolls, battling all of it with her wits. John Cameron Mitchell (Hedwig and the Angry Inch) co-stars as Bryant’s smug, gay and impossibly difficult boss, and transgender comic Patti Harrison steals every scene she’s in with an absurdist presence that has to be experienced rather than explained. Now that we’ve sold you on it, here comes a second season dropping at the end of January. Plan your life around a weekend afternoon binge-watch and thank us later.

An American Pickle is a real movie that’s happening

It’s the story of Rip Van Winkle, but also An American Tail, with twin effects in the manner of The Parent Trap/Dead Ringers, and some queer casting thrown in for good measure. It’s An American Pickle and it stars Seth Rogen as an immigrant named Herschel Greenbaum, struggling along in the year 1918. Then he falls into a vat of pickles and gets brined for 100 years. When removed he is perfectly preserved, hasn’t aged a bit, and finds that he has a great grandson (also played by Rogen) who helps him figure out 2019 Brooklyn. In other words, more absurdity from Rogen, his producing partner Evan Goldberg, and writer Simon Rich. As for that queer casting, we get the film debut of YouTube star and Ellen regular Kalen Allen, as well as Broad City’s beleaguered brother Eliot Glazer. It’s all been in development for a while but the film is meant to finally hit screens sometime in 2020. Cue the hit ’80s James Ingram/Linda Ronstadt song “Somewhere Out There.”

He’s not really a household name, but you’ve probably seen at least a couple of gay filmmaker Thomas Bezucha’s movies. He’s the man responsible for the beloved Christmas family comedy-drama The Family Stone, as well as Big Eden a charmingly sweet gay indie fairy tale of small-town life. Now he has a thriller on the way called Let Him Go. It stars Kevin Costner as a retired sheriff and Diane Lane as his wife, who have lost their adult son. When it turns out that their grandson is in the hands of a dangerous off-the-grid family in the Dakotas, they leave their Montana ranch to rescue the boy and do a little ass-kicking.  We’re big fans of renegade parents who go full Rambo when their children are kidnapped – think Halle Berry in that one with all the minivan chases – so we can say with absolute assurance that we’re ready to enjoy Diane Lane get wild with some bad guys and teach them a few lessons about rage-momming.

Singled Out comes back queer

When MTV aired its latest season of Are You The One? and expanded the dating game show’s parameters to include an entire cast of pansexual contestants, it struck a chord with young queer American viewers. Someone at the network clearly took notice, and now the network’s “classic” dating show, Singled Out – you remember, it ran for a few years in the ’90s with Chris Hardwick and Jenny McCarthy – is back on the schedule with the same premise, making people pick lovers from a group of strangers. This time around they’ll be hooking up all genders and sexual orientations, with contestants linked to their dating pool via social media, and this will play out across a new season of 20 short-form episodes. Keke Palmer (Hustlers) and queer stand-up comic Joel Kim Booster (Sunnyside) will shepherd the players, and the episodes will be hosted on the new streaming platform Quibi. We’re excited about this because it’ll be an antidote to the awkward, boring, heterosexual world of The Bachelor/Bachelorette. More queers making out with queers on TV, please. 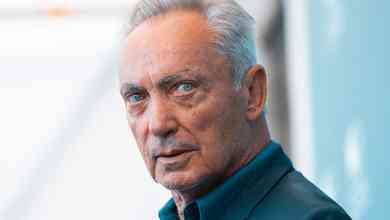 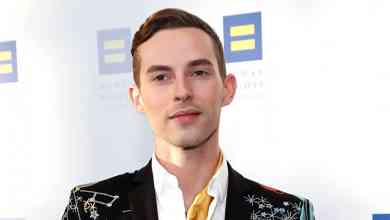