By the time you read this, the U.S. may be at war with Iran and/or World War III may have begun because we have the dumbest, most impulsive and selfish president in the history of America. Happy New Year.

It’s hard to understate how we are deep into “Trump Presidency: Worst Case Scenario,” a movie that most of us never wanted to see but are now trapped inside of against our will. Trump has been impeached and he’s very mad about being held responsible for his actions because he’s not used to that. And so he’s starting a war with all the planning, care and expertise of a toddler throwing himself to the floor in Target because he’s tired and wants to go home RIGHT NOW!

Charlotte Clymer put it best on the day Trump ordered the assassination of an Iranian leader in between rounds of golf: “Tonight, you will see spineless cowards who never served a goddamn day in uniform wave a flag and cheer on the possibility of sending young people to die in a war against Iran that they would never serve in, started by another coward who watched others sent to die in his place.”

Clymer is an Army veteran, an advocate for LGBTQ rights and is also the press secretary for the Human Rights Campaign. And if you’re not following @cmclymer on Twitter, you’re doing Twitter wrong.

If we had a decent and honest person as the president then perhaps we’d see Clymer as an advisor in said president’s cabinet. Alas, we have a dishonest creep for president, and Clymer is instead subjected to invective against transgender service members.

If Trump wanted to do a lot of people a favor he would resign. That said, he, in fact, was not doing the military a favor as he apparently didn’t even run the transgender ban by the Pentagon before Tweeting about it.

As Clymer points out, Trump has never served in the military. He lied about having bone spurs to get out of it. His oldest sons, as much as they love guns and killing, have also not served in the military. Nor have his daughters. His youngest son probably won’t, either, even if Trump leads us into WWIII because rich people don’t fight wars, they just start them.

And people are cheering. If you turn on Fox News (don’t), it’s a nonstop celebration with everyone screaming, “Happy New War!” It’s amazing how little these people care about human life. Not the lives of American troops, not the lives of Iranian civilians. To them, war is a video game.

Trump is making all of us less safe, but he is especially jeopardizing the lives of transgender Americans.

Monica Roberts, who describes herself on her blog as “A proud unapologetic Black trans woman speaking truth to power and discussing the world around her,” was interviewed on MSNBC about the murder of Dustin Parker, an activist for LGBTQ rights in Oklahoma.

According to HRC, “Parker is believed to be the first violent death of a transgender or gender non-conforming person in 2020.” Sadly, he will not be the last. 2019 was a particularly awful year for transgender people.

When asked about the increase in violence against trans people Roberts said, “What’s going on is the result of several years of anti-trans rhetoric that has been spread by not only the Trump administration but trans-exclusionary radical feminists, also the Republican Party at the national, local and state level. That rhetoric just doesn’t go out in thin air. It is resulting in violence being directed at trans folks, which, in a lot of cases, turns fatal.”

When the President tells the country that he’s doing them a favor by booting transgender troops, especially a president who is worshipped as a God by the anti-LGBTQ right, that inevitably leads to violence.

And now Trump is ordering the troops to do him a favor and distract from his impeachment by starting a war with Iran. He may hate trans troops, but he certainly doesn’t care about any of them. He only cares about himself and is willing to start a war to save his own draft-dodging ass. 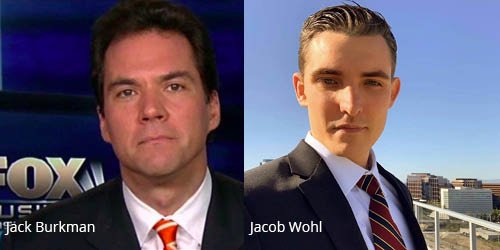 The 50 senators who voted to confirm Brett Kavanaugh