A love story, a ghost story, and a tale of forgiveness from beyond the grave, Giselle is about a peasant girl who falls in love with a nobleman, not knowing he is betrothed to another woman. When she finds out the truth, she goes mad and dies, only to become one of the Wilis: ghostly women who have been betrayed and must spend eternity haunting men (every gay dude’s fantasy … without the dying part). See why Giselle remains one of the most enduring masterpieces in ballet with this ethereal production re-conceived by Ballet West’s Artistic Director Adam Sklute.

Sarah McLachlan is one of the most celebrated singer songwriters in entertainment with over 40 million albums sold worldwide. She has received three Grammy Awards and 12 Juno Awards over her career and was recently inducted into the Canadian Music Hall of Fame.

In addition to her personal artistic efforts, McLachlan founded the Lilith Fair tour, which showcased female musicians. Her voice turns me to butter and sometimes straight, too. OK, not really … I’m a 5.99999 on the Kinsey scale. Anyhoo, seeing her in concert would be the perfect way to spend pre-Valentine’s Day.

Apparently Wilson Phillips is breaking the chain! Leading up to the 25th year anniversary of their self-titled album, Wilson Phillips has a lot to celebrate. Since the beginning of their union in 1990, Wilson Phillips have won the Billboard Music Award for Hot 100 Single of the Year for the now iconic single “Hold On”, were nominated for four Grammy Awards, as well as two American Music Awards. After a 10-year hiatus, Wilson Phillips has reunited making appearances. Those crazy gals might be in over their heads though with the ticket pricing, just sayin’!

We all have our kinks, right? On January 24, SB Dance features the extraordinary artistry, performance, and design of the local kink scene as only the wacky, amazing company does so well. Allure, fun, fantasy, and a model of expressing what you want and how to get it in a consensual, caring relationship. Sponsored by Utah Leather Pride and Black Garter. A variety show format with audience and adjudicated awards. All genders and orientations welcome. For newbies, pros, and everyone in-between. Cash bar, 21 and over only. Dress in costume or come as you are. Admission includes one drink ticket.

Visit Salt Lake announces the return of the Queer Lounge to the Sundance Film Festival. The Queer Lounge was an independent space hosted in Park City from 2003 through 2009, but organizers found it difficult to maintain during the economic downturn. Visit Salt Lake revives it at The Daily in downtown Salt Lake, Friday, Jan. 24, and adds it to its annual line-up of popular Sundance Film Festival Lounges. Entertainment will be performed nightly, including Justin Utley, Sister Molly Mormon, Talia Keys, and many more.

Plan-B Theatre Company presents Singing to the Brine Shrimp, a madcap comedy about learning who you really are and what you truly value. With puppets and songs and the Great Salt Lake. Hmm, puppets and brine shrimp … who could ask for anything more. This is a co-production with Puppets in the City. 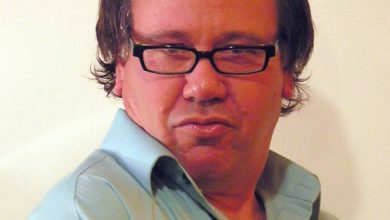 U2 can have innovation, gnome-o