Genna Gazelka, a 31-year-old who identifies as bi-gender, knows firsthand the pain of conversation therapy, calling it “harassment” and “torture.”

According to a May, 2019 interview with the Star Tribune, as a teen they were sent to the counseling center of Marcus Bachmann, the husband of former U.S. Rep. Michele Bachmann, an outspoken opponent of LGBTQ rights, and also to Janet Boynes Ministries, which claims to “help those who are trapped in the sin of homosexuality and yearn to be set free.”

In November, Minnesota Senate Majority Leader Paul Gazelka was interviewed by Truth & Liberty Coalition’s Andrew Wommack and Richard Harris on their Truth and Liberty live stream. They had quite the conversation about conversion therapy, something Gazelka stopped a ban of last year. He was also the author of the Minnesota’s anti-gay marriage amendment, which failed.

The Truth and Liberty stream doesn’t have the widest audience. So it took until Jan. 16 of this year for the Minnesota Reformer to uncover and report on Gazelka’s interview.

A live stream viewer submitted a question about how to prevent conversation therapy bans, particularly in Minnesota, “and help the youth live godly lives.”

“There’s a policy sweeping across the country that says a counselor or pastor cannot talk to a youth, an adolescent, about their sexual, uh, feelings of identity,” Gazelka replied. “For example, if a gay boy or girl came into a counselor’s office or a pastor’s office, under that law they wouldn’t be able to help them if those were unwanted same-sex attractions. Think about that: don’t offer any help, you know, wing it.”

That’s not the most accurate portrayal of conversion therapy. Also, Gazelka apparently assumes that the only way to help a gay adolescent would be to de-gay them, not help them accept themselves.

“I think the best place to land is let the church have the total freedom to do as they please,” he continued.

Ah, yes. Let the church have “total freedom to do as they please” with adolescents and LGBTQ people. What could go wrong?

Gazelka then mentioned suicide rates for LGBTQ youth, as if the harmful practice of conversion therapy doesn’t contribute.

“Some people never shake a sexual attraction that the Bible would say is sin,” Gazelka said. “They never shake it. You know, that doesn’t mean they have to give into it. Others find a way to have total freedom. But my job is to walk alongside them speaking the truth and love. I want them to know that I care for them and I’ll help them any way I can.”

Like by championing their dehumanization and furthering the stigma against them? By convincing them that the love they feel for another person is sinful and gross? Gosh, with love like that, who needs hate?

Gazelka then told a story about hearing a speaker talk about “a lady who was lesbian, and he said before you judge her let me just tell you her backstory. He was a counselor and he said she was chained to a toilet as a like 2-, 3-, 4-, 5-year-old girl and raped by her dad, for years and years. How do you think she’s gonna feel?” he asked. “I really took that one to heart.”

Being chained to a toilet is horrific. Being raped by your dad is horrific. But neither of these things, alone or combined, turn someone into a lesbian. It’s telling, though, that Gazelka believes something really truly heinous must’ve happened to someone in order for them to be gay or lesbian. He says he “took that one to heart.” I wonder if he has one.

Gazelka recalled a time he asked a gay man who’d come to his office, “Were you raised by your mom and dad or was it just your mom?”

“Because a lot of times [with] same-sex attraction there’s not a good connection to the biological parent of the opposite sex,” Gazelka continued, then corrected himself. “Of the same sex, I’m sorry. And he said, ‘It’s funny you say that because my mom and my grandma raised me.’ And the point I’m trying to make is we actually had a conversation that we could talk about the issues around the why and the what.”

What? Gazelka’s belief that homosexuality is caused by a lack of both a mom and dad isn’t how sexual orientation works.

Gazelka’s thoughts on sexuality and conversion therapy are backwards and harmful for all LGBTQ people, but especially for Genna Gazelka, his child.

“He says that he loves me, and I question that,” Genna Gazelka told the Tribune of her father. “Because I’m like, ‘How can you say you love me and still do this? And do this at the governmental level, exercise your governmental authority because you can’t stop me in my individual life?'”

Really hoping that Paul Gazelka finds it within himself to take this to heart. 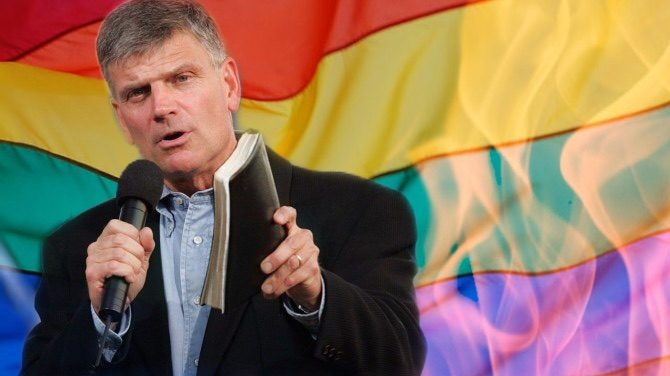 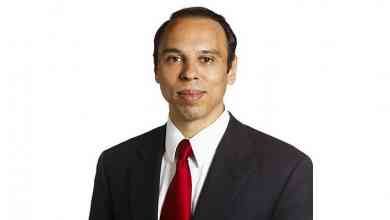