Card’s obituary read, “As a psychologist he counseled with thousands of individuals to help improve their lives.”

Card conducted electro-shock aversion therapy and published papers advocating therapy to eliminate homosexuality from a patient’s personality, including “The Empirical Characteristics and Clinical Utility of the Monarch Adolescent Audio Visual PPG Stimulus Materials,” and “What is ‘Deviant?’ An Examination of Three Distinct Groups’ Penile Plethysmograph Responses.”

He also was awarded a patent on a device that measured sexual arousal.

In one treatment method, students who were referred by BYU in order to remain at the school and their “secret” kept from their parents had electrodes attached to their genitals and were then shown homosexual pornography. As pornography played, the patients were injected with drugs that caused vomiting and/or were administered electric shocks when homosexual imagery was played on a screen before them. The shocks and drugs would then cease when the imagery was replaced by heterosexual pornography.

John Cameron said he was a naive and devout Mormon who felt “out of sync” with the world when he volunteered to be part of a study of “electric aversion therapy” in 1976 at BYU.

Twice a week for six months, he jolted himself with painful shocks to the penis to rid himself of his attraction to men.

“I kept trying to fight it, praying and fasting and abstaining and being the best person I could,” said Cameron, now a playwright and head of the acting program at the University of Iowa.

“I was never actively gay, never had any encounters with men — never had moments when I failed and actually had sex with other men,” he said.

But his homosexual feelings put him in direct conflict with the LDS Church teachings.

“As teens, we were taught that homosexuality was second only to murder in the eyes of God,” he said. “I was very, very religious and the Mormon Church was the center of my life.”

The 1976 study at BYU, “Effect of Visual Stimuli in Electric Aversion Therapy,” was written by Max Ford McBride, then a graduate student under Card.

“I thought [McBride] was my savior,” said Cameron, who enrolled with 13 other willing subjects, all Mormons who thought they might be gay, for a three- to six-month course of therapy.

A mercury-filled tube was placed around the base of his penis to measure the level of stimulation he experienced when viewing nude images of men and women.

Shocks, given in three 10-second intervals, were then administered in conjunction with certain images. Participants set their own pain levels.

Cameron said his shame was so deep that he selected the highest level.

“[Card and McBride] didn’t do it, we did it,” he said. “I was always turning it up to get the most pain because I was desperate.”

Bruce Barton, who was a reverend with the Metropolitan Community Church in Salt Lake City, spoke through the documentary, “Prop 8: The Mormon Proposition,” about his experiences with Card.

Barton said that he was called into the BYU Security offices and told he was on a list provided by other gay men as being homosexual. He was given an appointment to return.

“At that time, I was told to take my clothes off,” Barton recalled in tears. “They were starting to show pornography on the wall.”

He said that as he was vomiting, he was told, “Well, you’re just a fucking cock-sucker.”

“I was horrified,” he said.

“The last appointment that I went to was the worst,” he remembered. “They put electrodes on my wrist and on my chest and on my genitals. I was given a button I was told to push if I saw something that I felt was sinful and wrong, or if I liked it. At this point it was only naked men.”

“I was told that if I didn’t push the button strongly enough, that they would push it for me.”

Barton said that several of those on the list disappeared from BYU and several others committed suicide.

He, himself, overdosed on pills within a week of being turned in. He survived.

Blogger Sean Weakland wrote that at least three men hung themselves in the Harris Fine Arts Center on BYU campus.

In 1985, Card accepted an invitation by then-University of Utah Lesbian and Gay Student Union President Michael Aaron to address the group. He stated at the time that, while he was saddened that many gay men were traumatized by the electro-shock procedures, he was under guidance by the leaders of BYU and the Church of Jesus Christ of Latter-day Saints to find a way to eradicate one’s homosexual orientation. He also said that he had stopped electro-shock and emetic drug therapies and had moved on to “bio-feedback” and hypnotic therapies.

Gay activist Val Mansfield went to Dr. Card and was told his therapy was bio-feedback, though it did include electro-shock therapy.

“But the patient held the button themselves, so the patient was the one who did the shocking,” Mansfield said in a 2000 interview. “The electricity had a level on it which you could set yourself.”

Card never gave a press interview about his techniques, and LDS leaders have denied that such atrocities were ever conducted. 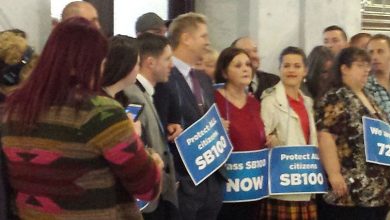 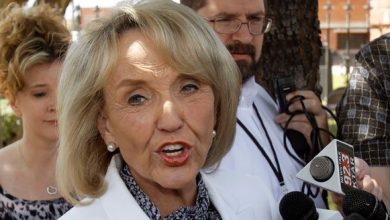 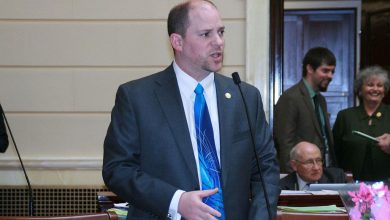