The Book of Ruth re-opens the book on AIDS

Now that the 1980s are officially vintage and the subject of period films, a mini wave of projects about the first decade of AIDS has taken hold: Yen Tan’s indie drama 1985, the documentary How To Survive a Plague, the French ACT-UP-themed drama BPM, and FX’s Pose incorporates HIV storylines into its ongoing narrative. Next up: The Book of Ruth, a feature based on the true story of Ruth Coker Burks, an Evangelical Christian single mother from Arkansas who became a caregiver and advocate for gay men with AIDS in the Reagan era. The film – which currently has no release date — will star Ruth Wilson (His Dark Materials) as Burks and Matt Bomer as a gay man who finds himself in her care. Making his feature directing debut is Tony Award-nominated theater director Michael Arden, with a screenplay from Rebecca Pollock and Kas Graham. Set in 1983, the film will tell the story of Burks’ education and transformation into an activist and ally, something more conservative Christians might think about emulating.

It’s been a couple of years now since rumors have circulated about a revival of Arthur Miller’s classic 1949 play Death of a Salesman. The dark drama is one of the great examples of American theater, and actor Nathan Lane has been circling around the main role of Willy Loman for more than a minute. And now it’s really happening. Lane will take on the title role alongside Laurie Metcalf (Roseanne) for a Broadway revival that’s scheduled for spring of 2021. Scott Rudin is producing, Joe Mantello (Angels in America) will direct, and it’ll give Lane a chance to flex the dramatic muscles of his usual comedic instrument. So if all you know of Lane is films like The Birdcage, think about heading to New York next year to indulge in this classic tragedy. After the upcoming election, who won’t want to see a heartbreaking tale of the American Dream crashing to the ground in a heap of disillusion and despair?

Filmmaker Justin Kelly has spent his growing body of work exploring the darker fringes of queer life in movies like JT LeRoy and King Cobra. So it was time for a little bit of joy. And there’s nothing quite as joyful as Francesca Lia Block’s classic 1989 YA novel Weetzie Bat. The candy-coated story of a punk-rock girl in Los Angeles named Weetzie Bat, her friends and family, her Secret Agent Lover Man, and the three wishes she’s granted, has been a beacon of glittery literary hope for queer kids for the past 30 years. Years ago there was talk of a Tim Burton version that never materialized, but this time around there’s forward momentum and a cool young cast: Anya Taylor-Joy (The Witch) as Weetzie, Nick Robinson (Love, Simon), Sasha Lane (American Honey), Keiynan Lonsdale (The Flash) and Théodore Pellerin (On Becoming a God in Central Florida). We’re guessing this will be set in the New Wave-iest version of ’80s Los Angeles, just like the book, so if nothing else, we’re probably going to be gagging over the costumes and sets.

If you’re like us, you followed the Twitterstorm over the new HBO Max reality competition series Legendary, which will enter the world of ballroom and judge contestants on their voguing skills. The controversy arose due to, among other things, the hiring of The Good Place actor Jameela Jamil – who is queer but not from the world of ballroom – as host. But mostly missing from this conversation has been something just as important: the show’s inclusion of ballroom veterans who aren’t as famous as Jamil but whose names deserve to be centered. So let’s talk about Leiomy Maldonado, the first openly transgender contestant on MTV’s America’s Best Dance Crew, who’s additionally a choreographer for FX’s Pose, and who’ll be a Legendary judge. Let’s also talk about Dashaun Wesley, a Pose, Magic Mike XXL and Hit The Floor dancer who’ll serve as Legendary commentator. And let’s also talk about DJ MikeQ, who’s spent years working in ballroom making music and scored the documentary feature Kiki and the Viceland documentary series My House. We’ll reserve judgement on the final product when we see it, of course, but we still have high hopes for something “truly real.”

Romeo San Vicente has an attitude and is usually in the mood. 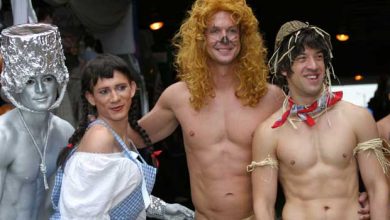 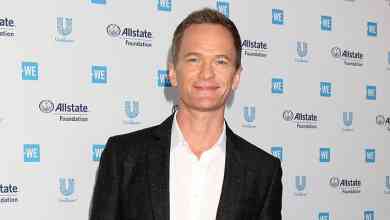