After the 5.7 magnitude earthquake Wednesday morning, QSaltLake decided to take a trip around the valley to see if our gay bars, center and other businesses were affected.

Some of the buildings that house our community’s bars were built a century ago and could possibly fare poorly in a larger earthquake.

The oldest and most historic building we were concerned about was the Sun-Trapp. According to Salt Lake County records, the building was built in 1950, and it is completely brick construction which is most susceptible to earthquake damage.

“No, we are good,” club owner Riley Richter told us as we stopped by. The bar is using the time down to do some upgrades.

Other than some glasses falling to the floor and shattering, Club Try-Angles also suffered no damage that they have found so far.

“It’s amazing, though, how much confetti must have accumulated in the ceiling over the years,” Try-Angles’ Gene Gieber said. “It was all over the floor.”

Driving by Bottoms Up, the building looked intact but the business incurred a lot of damage inside.

“We had lots of glasses topple over and break, broken liquor bottles, broken mirrors, broken lights, cracked walls, and some ceiling tile fell, said Randy Oveson. “We lost hundreds of dollars in glass drinking ware. We also lost a $150 mirror and lights. Alcohol bottles still need to be accounted for. So much glass. Some of the bottles and glasses were pulverized.”

He posted photos of the damage on the bar’s Facebook page at facebook.com/randy.bottomsup/posts/223153475593733

A drive-by of the Utah Pride Center, which is a newer building built after many earthquake measures were instituted in building codes, saw no apparent damage.

“We are just fine, solid as a rock,” said John Johnson, operations & administration director. “The earthquake knocked a couple of plants over and a few books is all.”

“Our staff is focused on serving people virtually until we are allowed to open again, per the State of Utah recommendations,” he continued. ‘We are continuing to plan for the Pride Festival to be ready for an amazing kick-off to summer and making some minor adjustments to offer even more meeting spaces to the community while we are closed. So when we open again, it will look new and fresh with more to offer our community.”

Though not an LGBTQ space, By The Glass — BTG suffered window damage when bricks fell from the top of the building. Since the business is a bar, it is closed for 30 days, so the damage does not affect current operations.

Buttars Responds to News of His Statements 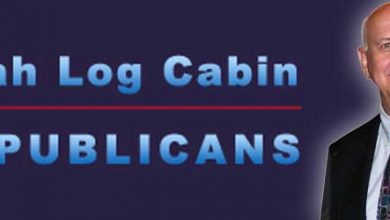