These days it doesn’t take much to get teary-eyed after three whiskies during a Zoom cocktail party, so when the CDC’s Dr. Anthony Fauci referred to his efforts in the 1980s and 90s to find therapies and fight the stigma of HIV/AIDS, turned on the waterworks. In the White House daily briefing on the COVID-19 problems he said, “As some of you know, a greater portion of my career has been defined by HIV/AIDS.”

NYC tent hospital, holier than thou

A group called Samaritan’s Purse put up a hospital tent in NYC’s Central Park to help while brick and mortar hospitals dealt with Coronavirus patients. Samaritan’s Purse is sponsored by the Billy Graham Ministries, run by evangelist Franklin Graham, son of the late Billy. To work at the tent, medical personnel are required to be “Christian” and adhere to the Ministry’s “statement of faith” defining marriage as “exclusively the union of one genetic male and one genetic female”. Graham defends the requirement for volunteers to adhere to an anti-LGBT pledge.

Says Graham, “We have a long list of things we want people to understand and agree with before we take them to work with us.” Listing the use of drugs and alcohol, swearing, or someone who is “trying to pick up girls” as well as belief in marriage inequality as being on the list. “So, we try to screen the people that work with us,” he said. “And we want men and women who believe the way we do and have the same core values that we have.”

“Y.M.C.A.,” the 1978 gay disco anthem by the Village People, has been inducted into the U.S. Library of Congress National Recording Registry. The library says of the song, “Now, over 40 years since it hit the streets and the dance floors, ‘Y.M.C.A.,’ their biggest hit, is an American cultural phenomenon — people from all walks of life do the ‘Y.M.C.A.’ dance at weddings, Bar Mitzvahs or sporting events. It is as likely to be heard at a Midwestern prom as it is during New York City’s annual Gay Pride parade…its ongoing popularity is evidence that, despite the naysayers, disco has never truly died.”

Ramzon Kadyrov, the leader of the southern Russian republic of Chechnya behind the systematic detention, torture, and killing of gay men, has called for people with COVID-19 who don’t self-quarantine and spread the disease to be killed. Business Insider reports: “The threat — reported by a Chechen television journalist after a private meeting with the close political ally of Russian Vladimir Putin — was immediately taken as credible in Russian media circles because of Kadyrov’s long history of crushing political dissent, and allegedly murdering people who displease him since he took near-total control.”

Photoshop images showing a bearded Pete Buttigieg surfaced during the campaign inspiring calls of “Mayor Woof” for president. With his state’s stay-at-home order in response to the coronavirus crisis former-Mayor, Pete grew the real thing. He said during an Instagram Live broadcast, “Obviously, I’ve taken advantage of the simple fact of not having to shave every day,” Buttigieg added. “We’ll see if that (ed: the beard) lasts. I’m valuing the chance to be at home, the chance to spend time with Chasten.” His other beard, Amy Klobushar, is still in the running for Vice President, as the putative candidate for Pres says he’ll choose a woman for his VP candidate.

Idaho Governor, Mr. Potato Head aka Brad Little, has signed legislation that prohibits transgender people from changing the sex listed on their birth certificates. He signed another law banning transgender girls and women from competing in women’s sports competitions. A 2018 Idaho law about birth certificate change was declared unconstitutional. The Idaho AG warns it may cost $1 million if the state has to defend the ban again and loses.

A drop in the nation’s blood supply triggered by the coronavirus outbreak prompted a change in government restrictions on blood donations from gay men and other groups. The FDA policy for men who have sex with men and the women who have sex with them required no sexual contacts for one year. It now requires just three months of chastity. The policy is the same for people receiving tattoos and piercings within the last three months.

FDA said the move to three months matches recent changes in the United Kingdom and other developed countries. Some groups challenge that policy, saying it is unnecessary given current technology eliminates HIV and other infectious diseases from the blood supply. Even the change to the three-month period continues to stigmatize men who have sex with men.

Virginia becomes the first state of the old Confederacy to have a law specifically protecting sexual orientation and gender identity from discrimination. The Virginia Values Act passed by the state legislature earlier this year, adding sexual orientation and gender identity to the state’s current civil rights laws. It bans discrimination in employment, housing, and credit. Virginia became the first state in the South to ban conversion therapy for minors. Other bills signed require school ID cards to match preferred gender. The state’s ban on marriage equality was removed from the state code, earlier.

Good news in the time of coronavirus

The non-profit, non-partisan Public Religion Research Institute has been surveying public opinion on gay and lesbian issues since 2011. In 2019 the term LGBT was used in place of “Gay & Lesbian”.  It’s annual 40,000 completed-telephone call survey was run March to December 2019. It reports increasing and broad support for LGBT equality across the United States. 72% of respondents Americans — including majorities of both political parties, religious groups, and nearly every major demographic group — favor laws that would protect LGBT people against discrimination in jobs, public accommodations, and housing. Alaska’s 59% is the lowest percentage of support for nondiscrimination. Support for marriage equality continues to grow with 62% support in 2019, versus 53% in 2015. Religious exceptions to nondiscrimination find slightly more support year-over-year, with 39% opposing religious exceptions to nondiscrimination versus 40% a year ago. 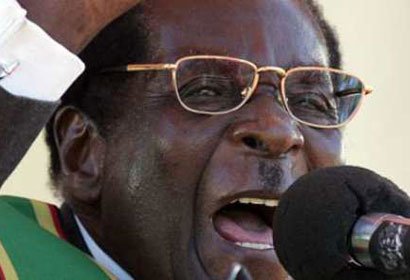