Idaho Governor Brad Little, on the eve of the international Transgender Day of Visibility, signed two anti-transgender bills into law: on barring a change to the gender marker on a birth certificate, and House bill 500, the “Fairness in Women’s Sports Act”, that bans male-to-females transgender athletes from participating in sports in the state.

“The ACLU of Idaho condemns Gov. Brad Little’s decision to sign discriminatory, unconstitutional, and deeply hurtful anti-transgender bills into law. Leaders from the business, faith, medical, education, and athletics communities will not forget this decision or what it says about the governor’s priorities during a global pandemic. The ACLU will see the governor in court,” the legal organization said in a statement.

Idaho became the first state in the country to bar transgender girls from participating in girls’ and women’s sports and to encode into law the practice of requiring girls and women to undergo sex testing in order to compete.

Gender testing could include genital exams, genetic testing, and hormone testing. Furthermore, Intersex athletes, individuals born with a range of sex characteristics would also be subject to added scrutiny.

“If there was a situation such as that, that person’s doctor would no doubt already be familiar and already be in a position to solve and indicate if the DNA was not a female,” Rep. Barbara Ehardt, the sponsor of the bill, told the New York Times. She called such a hypothetical situation a “rare, rare, rare case.”

The Human Rights Campaign weighed-in, stating, “Idaho is now a national innovator in discrimination, having passed and signed into law first-of-its-kind anti-transgender legislation. It also becomes the first state in the country this year to enact legislation that specifically singles out the transgender community for discriminatory treatment.”

National media outlets, such as CNN, had reported on the state of Idaho’s enactment of “some of the nation’s most anti-transgender measures,” according to the Idaho Statesman.

Two years ago the apparent bipartisan state of Idaho struck down, with the aid of Lambda Legal, a strong-arm of LGBTQ rights, a proposed policy of categorically barring transgender people from changing their birth certificates.

“If the government wants to enforce this new law, which sets out to do exactly what the federal court held to be unconstitutional on July 1, then Idaho will need to ask the court to dissolve the injunction,” Lambda Legal attorney Kara Ingelhart told the Idaho Statesman. “It’s exceptionally unlikely that the court would grant that request.”

“I am so happy that female athletes in Idaho will not have to face an unfair playing field as I have in Connecticut,” said high school track athlete Chelsea Mitchell in a statement. Mitchell and other female athletes and their mothers filed a lawsuit to challenge Connecticut’s policy of allowing transgender females to compete in girls’ sports.

“We need separate sports categories based on biological sex in order to fairly compete. Idaho has now set the example for other states to follow,” Mitchell said in a statement released by Alliance Defending Freedom, which filed the lawsuit on her behalf. 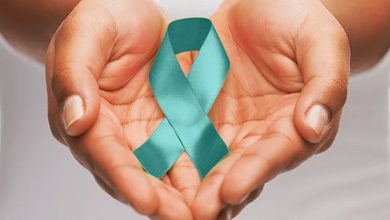