Based on the podcast of the same name, the Amazon sci-fi series Homecoming takes place in a secret government facility that runs tests on American soldiers with an experimental PTSD therapy. Season one of the hit show starred Julia Roberts, but season two will be all about Janelle Monae. Although the details are more or less under wraps, it’s known that Monae’s character will have nearly complete memory loss, a person who doesn’t know her own identity. This, in turn, leads her to the Homecoming Initiative, and the discovery of nefarious goings on within the program. The only first season returnees known at the moment are Hong Chau (Downsizing) and Stephan James (If Beale Street Could Talk), but that’s not to say that other regulars like Sissy Spacek, Bobby Cannavale, and perhaps even Roberts, won’t be involved. If you’d like that mystery solved, you can tune into Amazon Prime on May 22.

One Day at a Time turns ’toon

Pop TV’s series One Day at a Time, like so many other projects, came to an abrupt production standstill in mid-March, with about half of the season’s episodes wrapped. What to do? Scrap the season? Wait it out until production picks up again? Or… _turn it into a cartoon! Well, that’s what’s going to happen for at least one upcoming special episode – due to air later this spring – where the beloved and queer inclusive sitcom becomes entirely ’tooned. The cast – Justina Machado, Rita Moreno, Stephen Tobolowsky, Todd Grinnell, Isabella Gomez and Marcel Ruiz, alongside some as-yet-unnamed special guest stars – will record their vocal performances, the action will be created by animators, and we will be the grateful recipients. The episode is apparently election-themed (Remember that? There is one happening this year allegedly.) because in early March that thing you were already exhausted by now feels, in early May, like a welcome reprieve from constantly wondering if that guy who jogged by you too closely without a mask is an asymptomatic carrier. Stay inside and watch this show, folks!

P-Valley’s hustlers are coming to Starz

Heard of Katori Hall yet? Well, here’s where you get familiar. She’s an Olivier Award-winning playwright, whose most famous work, The Mountaintop, a fictionalized account of Dr. Martin Luther King Jr.’s last night alive, opened on Broadway in 2011. She’s the bookwriter and co-producer of Tina: The Tina Turner Musical, and now she’s the showrunner of the new Starz drama, P-Valley, a series based on her play Pussy Valley. (TV is somewhat more skittish than the theater about that word, it would appear.) It concerns strippers in the Deep South, their complex lives and dreams, and according to advance press it’s a moody and atmospheric piece of work. Furthermore, putting its money where its mouth is, so far every episode in the can has been directed by a woman, including Kimberly Peirce, Tamra Davis, and Empire star Tasha Smith. It drops this summer, a time when clothes come off, which is only appropriate.

Director Eytan Fox (Yossi & Jagger, Cupcakes) has a new film, Sublet, and he wants you to see it. Unfortunately, you can’t do that just yet. Sublet was scheduled to have its premiere at the Tribeca Film Festival, but thanks to… well, you know… that didn’t happen. Like Fox’s earlier work, it deals with queer subject matter and how the LGBTQ population of Israel lives their lives. John Benjamin Hickey (Love! Valor! Compassion!) stars as a depressed journalist visiting Tel Aviv. There he rents an apartment from a young gay man (Niv Nissim) whose life is considerably messier, and the two develop an intergenerational friendship. Now, unlike, say, a film like the Wonder Woman sequel, whose release would seem to be on hold indefinitely, indie and arthouse films are experiencing a smoother transition to the streaming model. Distributors are forming alliances with arthouse theaters for collaborative release and box office profit sharing, and depending on the duration of the COVID-19 pandemic, Sublet might wind up finding its audience in that way. Keep your eyes open for this one. 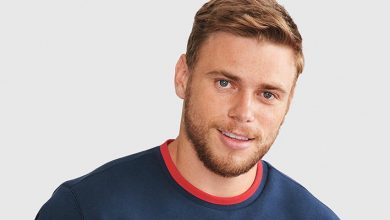