Obviously, Prides across Utah will look and feel different than previous years. Here is what we know today on what to expect.

The largest of our annual events, the Utah Pride Festival has been moved to September. Organizers are in touch with the county and state health departments as they make plans for what the Festival will look like.

The Festival will be participating in the Global Pride virtual event that will happen on June 27 with Prides from around the world.

One event, however, will take place the originally planned weekend of Pride, The Pride Spectacular, Friday, June 5.

The annual swank dinner, which was the brainchild of then-board president Michael Aguilar, will be hosted online. Once called the Grand Marshal Reception, the event went from an appy and cocktail soiree to a full-on sit-down dinner with emcees, video presentations, dance acts, and much more.

This year, the event will be streamed live on Facebook and YouTube.
“We are also still working on ways to interact with attendees,” said Michael Bryant, event chair and Utah Pride Center Community Development Manager. “We are also looking at ways people can support the event and the Center by buying party packages. You’ll get something physical as if you were attending live.”

Savannah Von Cartier, Empress XLIV of the Royal Court of the Golden Spike Empire and drag pageant winner, will be the emcee for the evening.
Also promised are a number of people who will be in drag for their first time at the event. Think Ru Paul’s Drag Race Secret Celebrity Edition.

While the event has changed and face-to-face interaction isn’t possible this year, Bryant is upbeat about the event.

“Part of the reason we are excited is that in the past, few people could actually attend the Pride Spectacular. This way we can greatly expand the audience and far more people will be able to participate and celebrate,” Bryant said. “We are the Utah Pride Center. We serve the community from Logan to St. George. It is nice to provide an event for anyone who wants to attend from across the state.”

Information and tickets for the Pride Spectacular can be found at bit.ly/PrideSpec5

Ogden Pride, scheduled for August 6, will also be a virtual event. Organizers are now reaching out to local people and organizations to present relevant, important topics.

“We hope to have a keynote speaker, small breakout sessions that attendees can sign up for, entertainment, wellness sessions like yoga and meditation, and such,” said board member Sean Childers-Gray. “We want to be able to support the messages our community partners would normally try to get out there during an in-person festival. That means a great deal to us. We will also be hosting on our website a vendors area to help them get their offerings to our community.”

Vendor and sponsor packages will be online soon on their website.
“We feel it is important to continue our Pride tradition in the best and safest way,” Childers-Gray said.

Ogden is close to opening its own Pride Center. After many months of fundraising, plus a grant from the LoveLoud Music Festival, they have a good nest egg in the bank.

“We were actively looking for a space in January. With the pause of physical life, we are blessed to have not gotten into a contract just yet,” said Childers-Gray. “The Ogden Pride Center is our priority once we feel it is reasonable, responsible, and capable.”

The Pride organization of the St. George area announced that their event has been postponed to Nov. 7. Organizers are hopeful for a full outdoor Pride Festival.

“We are planning to follow the state and CDC guidelines. If they are still asking the public to wear masks, we will as well. If we are still six-foot distancing, we will be arranging our festival to support that,” organizers wrote to QSaltLake. “As of right now at this moment everything is being played by ear with hopes for the absolute best. We are currently booked for the same park as last year and if anything changes we will update everyone via FB and Instagram.”

Moab’s Pride organizers are still hopeful that the event, scheduled for Sept. 25 and 26, can go on as normal. As the event gets closer, more details will be fleshed out.

No information was available about what their plans are for their festival.

The worldwide event that will take place on June 27, Global Pride, will use online platforms to deliver a Pride in which everyone can participate, wherever they are in the world. It will include musical performances, speeches, and key messages from human rights activists. The event will be live-streamed, and people will be invited to join in the event from home.
The organization is still taking applications for performers, so a line-up is not yet available.

“We need community and connection more than ever,” said J. Andrew Baker, Co-President of Interpride, which is hosting the event. “This gives us an opportunity to both connect and celebrate the LGBTQIA+ community’s resilience in the face of this pandemic and the true spirit of Pride.”
“Pride 2020 represents a milestone for Pride events, with many honoring the 50th anniversary of their first gatherings and marches, such as New York to the first Gandhinagar Pride this year and we would not let that pass without recognition and celebration.”

Logan Pride’s 2nd fest a hit with the young ‘uns! 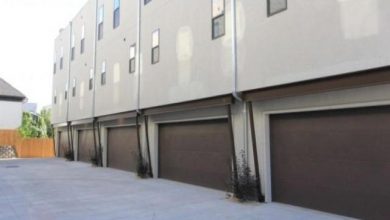