Finally, the future of Smash

Hey Smash fans, remember how that short-lived NBC musical drama series was intended to actually make a literal Broadway musical happen out of its storyline about the making of a Broadway musical? Well, after all this time, something like that is in development. A musical stage adaptation of the series itself, with producers Steven Spielberg, Robert Greenblatt and Neil Meron, along with a book from Bob Martin (The Prom) and score from Marc Shaiman and Scott Wittman, is in the works. There are no production dates yet, obviously, but this has been a passion project for Spielberg for some time now, so it’s exciting to know that when Broadway shows eventually return, this will be on the docket. And while we’re all waiting, this is the perfect time to reach out to the cast of the series and see if anyone’s going to be too busy to recreate their roles on stage. Who has phone numbers for Debra Messing, Jack Davenport, Katharine McPhee, Christian Borle, Megan Hilty, Anjelica Huston, Leslie Odom Jr., Jeremy Jordan, Krysta Rodriguez, Andy Mientus, Raza Jaffrey, Brian d’Arcy James, and Jaime Cepero? It’s not urgent, really, but it is important.

Closer to a fine documentary about The Indigo Girls

Did you know that the beloved and legendary Indigo Girls have a new album out? It’s called Look Long. But wait, there’s more: Amy Ray and Emily Saliers will also be the subjects of an upcoming documentary from filmmaker Alexandria Bombach (On Her Shoulders). They’ve always been really private about their lives, although thankfully not with the all-important information about being extremely cool lesbians, but now Ray is loaning out her film and video archive of the band members’ lives and work. It’s a collection that spans nearly 40 years, much of it never-before-seen and very personal, so there’ll be plenty of material and plenty to thrill longtime fans. In production now, the untitled film is currently scheduled to be finished by early 2021. Expect a release on some sort of platform – Open movie theaters? HBO? Streaming services? What even is the future, anyway? – not so long after that.

The much-loved 1983 Al Pacino-starring version of Scarface (which was itself a remake of the 1932 original) seems to be getting yet another shot at a new life. The idea of a new version has been floating around Hollywood for a while. Screenwriters like Gareth Dunnet-Alcocer (Miss Bala), Jonathan Herman (Straight Outta Compton), Paul Attanasio (Quiz Show), as well as Joel and Ethan Coen, have all taken a turn with the material, and filmmakers like David Ayer and Antoine Fuqua were both attached at various points. But now the reins have been handed to Luca Guadagnino (Call Me By Your Name) and all we can think about is how we need a queer Tony Montana right now, in a setting that involves the influence the ’83 film has had on hip-hop culture, as well. It can be accomplished just as easily as any other premise, and it should. It’ll add a whole new dimension to the “Be Gay Do Crimes” meme, and that’s what cinema needs.

You’re a responsible person. You’re still in quarantine. Maybe you’re stuck inside a house full of people from whom you could use a little break. That’s where the world of headphones comes in, and Audible – the audiobook and spoken-word entertainment powerhouse – has announced a new audio adaptation of Neil Gaiman’s best-selling graphic novel series, The Sandman, to take you away from all this. Gaiman is known for turning the metaphysical into the physical, so when we say that the plot involves the human manifestation of all dreams and desires, please just accept that this is possible because explaining more would take all day. Queer entertainer Justin Vivian Bond is part of the huge all-star voice cast, and that’s wonderful news; Bond is joined by Riz Ahmed, Kat Dennings, Taron Egerton, Bebe Neuwirth, Andy Serkis, Michael Sheen and many others. The first part drops in July and will extend through at least the first three volumes of the series, so here’s to many, many hours of private listening.

Romeo San Vicente can be your private dancer via Zoom. 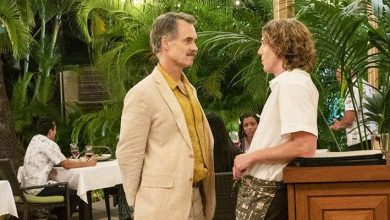