The first week of May, the Utah Pride Center announced a restructuring, reducing their paid staff by 40 percent. Today they announced a second round and a new vision for what their structure will look like moving forward.

“After the events of the last few days, weeks and months, and with the uncertain economic and social future we are all facing, we know that our world and our Center is not, and can never be, the same place that it was just a few months ago. Community spaces, like our Utah Pride Center, are all confronting this contemporary reality in different ways. One of the impacts of COVID-19 has been the need to carefully and deliberately consider the structure of the organization,” leaders wrote in a statement.

Under the new structure, several positions were eliminated — the Pride Festival director, which was held by Hillary McDaniel; donor development manager, held by Michael Bryant; and bookkeeper, who was Bek Birkett.

New positions include an associate executive director, and a youth and family services manager. There has not been an announcement on who will fill those positions.

The associate executive director will focus on the day-to-day management of the Center’s vision and strategy, according to the statement.

“This new role will focus on ensuring that we are a community-facing and serving organization, and will be tasked with measuring how we are meeting and evaluating both strategic and operational tasks of our departments, as well as help with our fundraising and sponsorship initiatives,” the statement read.

The youth and family services manager will focus on at-risk young people and assist the director of youth and family programs, currently Amanda Darrow, in developing youth programming and resources, particularly counseling and social services.

“The demand for our youth and family services has steadily increased. Our young people and parents need an expanded, qualified, and supportive team,” the statement read.

“Due to the changes in the [Utah Pride] Festival for 2020, and the opportunity to shift to the structure explained above, there will no longer be one Pride Festival director. These duties will be shared by the new Executive Pride Festival Committee.

That committee will be made up of seven members, including UPC leadership, board members and engaged community members who will drive the planning and decision making.

“This new structure draws on the more cooperative and collaborative way that the Pride Festival was planned in the past and yet positions the Center for the future in that it does not place the burden of the Pride Festival and fundraising on one person’s shoulders, and there is an increased ability to adapt to change,” the statement continued.

“In this time of COVID-19, we know that our financial health and wellbeing are paramount. The Center needs to ensure that our financial statements and reports are accurate, and adhere to professional accounting procedures. In the interim, the board treasurer [Chris Decaria] will be an ‘acting’ CFO for the Pride Center. They will oversee the transition and outsourcing of this important role to a CPA (or equivalent).”

The announcement is not without controversy. Social media posts are pointing to today’s and the earlier staff reductions as retaliation against those who have raised concerns about how the Center is managed.

“It made no business sense to cut the roles and fire the employees that had the strongest hand not only in serving the community but also in ensuring that much-needed money could continue flowing into our non-profit,” wrote Brim Custen, former marketing and media coordinator at UPC whose position was terminated in early May. “I knew that there was a history of personal bias between myself and the executive director [Rob Moolman], and I am certain that it had more than a little influence over the decision to terminate my employment. I know that similar biases motivated the termination of other roles in the organization as well.”

“But then the new restructure announcement came out today … I learned that every last fundraising and financial role had been terminated, along with the role of the festival director. I know that executive director also had tensions and personal reasons to fire the individuals who held those roles,” Custen continued.

At least one current employee came to the Center’s defense.

“Please understand the claims being made, shared, do not include all the facts,” counters Joni Weiss, who does web design and development for UPC. “Take whatever you hear (including this) with suspicion. Just know that you don’t know the facts about these former employees. I work here at the Pride Center and I still trust board members (some of whom that I’ve known for years) and I have no reason to distrust Rob.”

Moolman sent out a statement addressing the posts.

“The vital resources of the Utah Pride Center have to be ensured. The reaction to these decisions is understandable as the have caused much pain,” he wrote. “There is a perception that we are not fulfilling our roles as good guardians of the Center. It is in this period of uncertain and crazy time that that role is being taken more seriously than ever before.”

“I am, and have always been, available to anyone who truly seeks to hear and understand what has happened, and will always demand that we are a transparent and ethical organization,” he concluded.

A number of community leaders have supported the Center’s new plan. Those statements are available here.

Affected former employees went so far as to take over the Center’s Facebook group, Utah Pride Center Lobby which was created as a space for Center clients to virtually meet once it had to close because of the Coronavirus. They have relabeled it to the “Unofficial Utah Pride Center Lobby” and posted screenshots that depict executive director Rob Moolman removing posts and people from the group.

Pride Center staff said the removals were an unintentional mistake.

“The Utah Pride Center social media team was using the credentials of Rob Moolman, who was an administrator. There was initial confusion over altering members’ administrative access on the center page, which resulted in inadvertently removing them from the group,” a post on the Center’s Facebook page read. “We do not wish to silence any members of our community. We have worked to fix this error and will continue to strive to do better. Currently, the Utah Pride Center Lobby group is not owned or able to be administrated by the Utah Pride Center or its staff.”

As this story is published, a meeting between existing staff and volunteers and organizational leaders is taking place via Zoom, so Moolman and board president Mona Stevens were unavailable for comment. We will update this story as it develops.

The plan for the restructure can be found at utahpridecenter.org/upc-strategic-restructuring-plan/

BYU ranked near last in the national sexual health survey 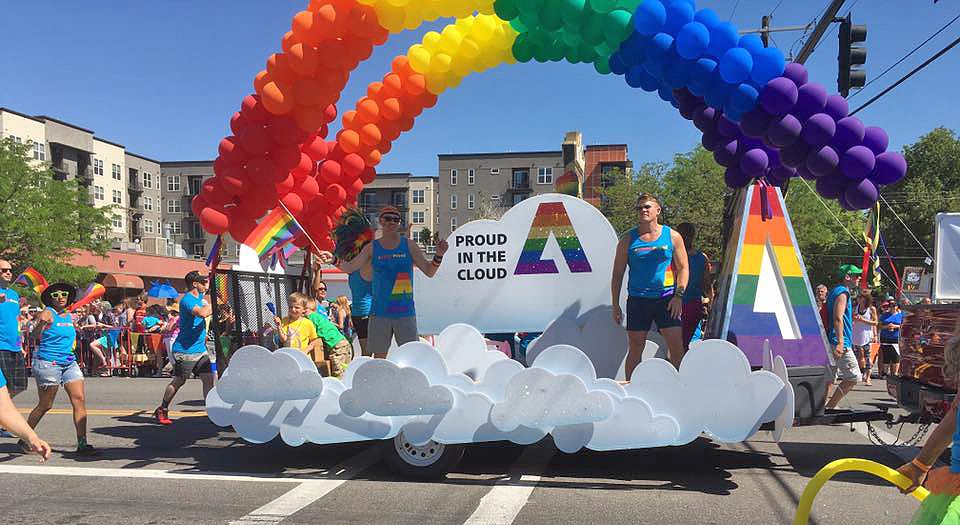