Utah Film Center announced today the 19 feature films selected for the 17th annual Damn These Heels Queer Film Festival, set to run virtually July 10 through 19 at DamnTheseHeels.org. Films will be available for the entire Festival with the exception of a special one-time screening of Holy Trinity. Several shorts programs featuring new release queer films from every genre and perspective will be announced in the coming weeks.

The annual festival explores LGBTQ issues, ideas, and art through showcasing fiction and non-fiction films from around the world. Damn These Heels remains a community focused, grassroots, locally-produced festival with strong community partnerships. While no formalwear is required for “attending” the virtual events, heels are encouraged to feel the festival vibe at home.

“This year’s lineup covers new ground in compassionate, entertaining, insightful, and remarkable ways,” Davey Davis, director of programming for Damn These Heels Film Festival, said. “We were excited to see that both the fiction films and documentaries, without exception, shed light on lesser-known individuals and groups of people that present complex and diverse perspectives on queerness. Now more than ever we look forward to celebrating these LGBTQ films that make us laugh, help build empathy, drive change, and highlight our shared humanity.”

Ahead of the Curve (USA) | Directed by Jen Rainin
Ahead Of The Curve is the story of one of the most influential women in lesbian history you’ve never heard of and the impact her work continues to have today.

Breaking Fast (USA) | Directed by Mike Mosallam
Mo, a practicing Muslim living in West Hollywood, is learning to navigate life post heartbreak. Enter Kal, an All-American guy who surprises Mo by offering to break fast with him during the holy month of Ramadan. As they learn more about each other, they fall in love over what they have in common and what they don’t.

Dog Valley (USA) | Directed by Dave Lindsay
In 1988, two ex-convicts kidnapped, beat, raped, tortured, and murdered Gordon Church, a gay college student from a rural Mormon community in southern Utah. Dog Valley explores the horrific events of his death, the lives and minds of his killers, and how it has helped shape modern hate crimes legislation in Utah.

Ema (Chile) | Directed by Pablo Larraín
A couple deals with the aftermath of an adoption that goes awry as their household falls apart.

Jules of Light and Dark (USA) | Directed by Daniel Laabs
A young woman develops a bond with the man who rescued her from a car accident. Winner of the Grand Jury Prize at Outfest.

Keyboard Fantasies: The Beverly Glenn-Copeland Story (USA) | Directed by Posy Dixon
After his 1986 album Keyboard Fantasies is rediscovered, a black trans musician recounts his life, from the lonely 1960s to the joy of witnessing the present.

One Taxi Ride (Mexico / Singapore) | Directed by Mak CK
One Taxi Ride is an observational documentary that tells the intimate story of a male rape survivor. Erick’s innermost thoughts, fears, struggles and triumphs weave a dramatic tale of a man fighting for a future and a life worth living. His journey impacts the world around him in a way that he never saw coming.

The Prince (Chile) | Directed by Sebastián Muñoz
A ’70s-set homoerotic prison drama based on a low-circulated pulp novel, tracking the sexual, often-violent, and eventually murderous experiences of 20-something narcissist Jaime.

Queen of Lapa (Brazil) | Directed by Theodore Collatos, Carolina MonneratLarger-than-life actress, cabaret performer, activist, and proud sex professional since the age of eleven, Luana Muniz – arguably one of Brazil’s most recognizable transgender personalities, shapes a new reality for a new generation of transgender sex workers in her hostel by providing a safe working environment in the dangerous neighborhood of Lapa in Rio de Janeiro. Queen of Lapa explores the day-to-day lives, quests for love, housemate rivalries in a turbulent political climate under matriarch Muniz’s watchful and guiding eye.

Queer Japan (Japan) | Directed by Graham Kolbeins
Trailblazing artists, activists, and everyday people from across the spectrum of gender and sexuality defy social norms and dare to shine in this kaleidoscopic view of LGBTQ+ culture in contemporary Japan.

Same-Sex Attracted (USA, Brazil, Mexico) | Directed by Maddy Purves and Zoie Young
Same-Sex Attracted follows a handful of LGBT & SSA students over the course of an academic year at LDS-owned Brigham Young University as they live and grow at “the Lord’s University.” These incredible individuals experience not only the regular day-to-day of being college kids, but also the unique trials that come with being LGBT at a Mormon school, grappling with questions of faith, sexuality, gender, family, love, and life. Combined, the students’ stories paint an elaborate picture of what is going on in the trenches of the “Mormon and Gay” conversation.

Song Lang (Vietnam) | Directed by Leon Le
An unlikely bond forms between an underground debt collector and a cai luong “Vietnamese opera” performer against the backdrop of Saigon in the 90s.

The Surrogate (USA) | Directed by Jeremy Hersh
Jess is thrilled to be the surrogate for her best friend and his husband, but when a prenatal test comes back positive, it creates a moral dilemma that threatens their friendship.

Thirst (Iceland)| Directed by Steinþór Hróar Steinþórsson and Gaukur Úlfarsson
The drug addict Hulda is arrested and accused of murdering her brother. After she is let go because of insufficient evidence, she meets Hjörtur, a thousand-year-old gay vampire.

Transkids (Israel) | Directed by Hilla Medalia
Transkids follows four Israeli teenagers who go through transition in a militaristic society in which teenagers go to the army right after high-school, and religion plays a very strong role in people’s identity and is not separated from the state.

Unsound (Australia) | Directed by Ian Watson
Falling in love is the easy part. A disillusioned musician’s romantic spark is ignited by a young trans man as they work together to save his community nightclub for the deaf.

Variações – Guardian Angel (Portugal) | Directed by João Maia
A biopic about António Variações, a famous Portuguese pop-rock singer from the 80s who died from AIDS-related complications in 1984.

Tickets and passes are on sale now at DamnTheseHeels.org. 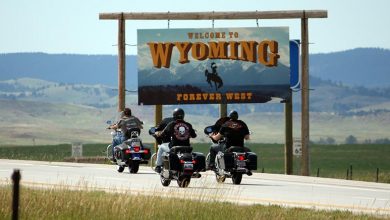