Did you consider that being an ally is sexy? I have, and I do. However, while I may be partnered with a person of color, I am still a white woman and I am feeling quite strongly that my voice isn’t the one to be heard right now, but rather that of a person of color who interacts intimately with white people. I have called on a friend of mine whose insights I’ve well regarded over the years. Please meet Erin Tillman — a colleague and friend who has some wise words to share with those of us who interact intimately with people of color.

Growing up in an all-White town, I was the only Black person in my grade for most of my schooling, and one of a handful of minorities in my entire school. Even on Homecoming Court, I still didn’t have a date for that or any other school dances. I thought there was something wrong with me, maybe I wasn’t as pretty as my White classmates. Years later, I came to learn, there were actually many who wanted to ask me out but their parents wouldn’t allow it because I was Black. This wasn’t the 1950s, this was the 1990s.

Many Black people I know have the common experience of being seen as ‘other’ when it comes to standards of beauty; parents approving or disapproving of an interracial relationship, or feeling fetishized by people we are dating and by society as a whole.

I have dated several cisgender White men. Some developed into deep relationships. Others admitted they wanted to date me because they had never dated a Black woman and sadly, that would often shift into full fetishization that would take the form of wanting me to become a caricature of a societal stereotype. This was totally demoralizing.

I’d be lying if I said that I haven’t been extra selective when dating White men. It’s necessary. It’s not, “Oh he’s cute,” it’s also a matter of, “Do I feel safe,” and “Does he respect me, and also my race?”

I know I’m in the midst of a true ally if they engage with someone when they hear a racist comment — even if it’s from a friend or family member. Also, if there is behavior that displays their pride of and solidarity with Black people in their life, that is also extremely sexy.

I think some of my exes would have trouble accepting the “Black Lives Matter” movement. Not because they don’t believe in it, but because they are afraid of talking about it. It’s absolutely heartbreaking to have someone care about you when the sex is good, but retreat when real issues come up. That’s when you really see if someone is truly in your corner or not. If someone makes the effort to understand and stand beside you even when things are tough…that allyship IS absolutely sexy.

I am fortunate to be in a beautiful relationship now. My partner is White and a fierce ally. When we met over a year ago, I knew that I could only be with someone who wasn’t afraid of having tough conversations about race. He grew up around Black and Brown people and had dated Black women before he met me, so having frank conversations about race was not new to him. Those conversations, difficult at times, ultimately made him irresistibly sexy!

Earlier this year, after brunch, we had a stranger approach, call me a Nigger and spit at both of us. My partner snapped into action and put his body between this person and me. Thankfully, that scared him off. It was a terrifying experience not to know if this person was going to try to harm us in some way. At that moment, I knew my partner was indeed an ally. He was enraged, and his instinct was to protect me. Imagine the conflict of having sex with someone who is on the fence about being outspoken about your safety. Imagine if my partner stood there and did nothing while this stranger threatened me? It would’ve been disheartening and scary at the least. Allyship is one of the sexiest things a partner can do.

Many interracial couples are having these deep conversations and societal experiences for the first time. Black people need a soft place to fall, especially right now; a safe place to be able to enjoy deep intimate connections without feeling like we are seen as “other.” What’s happening now will undoubtedly make us more selective with whom we choose to enjoy sex. Those who share a genuine appreciation for who we are, including our culture, is a great place to start. If my partner can listen and care about what I have experienced, that is the biggest turn on there is!

Erin Tillman is an inclusive dating empowerment coach, speaker, TV/radio host for over 10 years, and author of The Consent Guidebook. She can be found at thedatingadvicegirl.com. A recent video where Tillman talks about her biracial relationship alongside her partner, Jet, can be found here.

Dr. Laurie Bennett-Cook is a Clinical Sexologist with a private practice in Salt Lake City who loves June Pride Month. During this pandemic she is seeing clients virtually on a “pay what you can” basis. She can be reached at: DrLaurieBennettCook@gmail.com 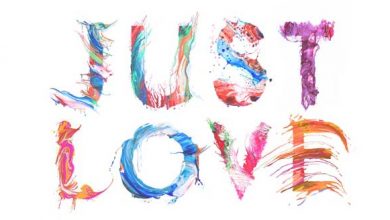 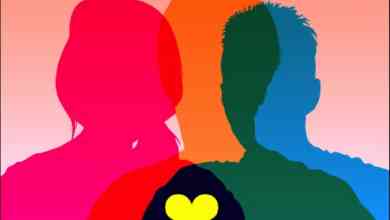