As a teenager, James went on an LDS mission in Córdoba, Argentina, but left his very conservative Logan Mormon childhood in Logan to pursue a music career. Although he knew he was gay or at least bisexual at a young age, he fought it while immersed in the church.

He appeared in Star Search in 1993 and moved to Nashville to develop a country repertoire. He was featured in music videos for Tanya Tucker, Trisha Yearwood, and others, and shared the stage with Charlie Daniels. He was about to sign a lucrative music contract with a country-rock band, but didn’t, as the label wanted him to stay closeted.

He moved to LA and acted in a few films while working on his music. In the late 1990s, he released his first two CDs, Paperback Romeo and Guilty Pleasures.

“[James] charmed gay music fans seeking a masculine rock performer who sang openly, and with humor, about sexuality,” wrote the Bay Area Reporter. The band was featured by MTV, but clubs refused to book them because of James’ sexuality. They instead began to play Pride events across the country.

James performed a song in the gay horror film HellBent.

In 2004, Howard Skora directed a documentary Nick Name and The Normals, which included performances at various Pride events and nightclubs, which showed many of James’ offstage frustrations.

“Kent was a very special artist and lovable human being. He started as a Mormon missionary in Utah and transformed into a gay punk rock icon that challenged the status quo. As I filmed him and his band, The Normals, I got to know his chosen family and I was lucky enough to call Kent a dear friend. Underneath the on-stage punk anger was one of the sweetest and most gentle souls I ever met. Everyone in his chosen family loved him so much and we are all devastated,” Skora told the Bay Area Reporter.

In 2007, James abandoned the Nick Name persona, saying, “I’m in the moment. I’m interested in now. I can claim the past, but I don’t want to live in it.”

In the obituary published by the family, his longtime partner Masalkoski was not mentioned, nor was his career as Nick Name.

James will be buried in a family plot in Logan, Utah, with a service on Saturday, August 8, at 2 p.m. at the North Logan Utah Cemetery.

An additional memorial in Palm Springs will be organized by Masalkoski and longtime friend David Perez at a later date.

Listen to Kent James’ music at last.fm and allmusic.com. 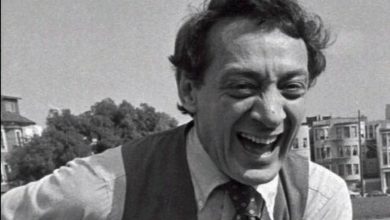