Well, well, well, if it isn’t another week in Horror Town, USA. That’s just about any town in the country right now, but it’s definitely all of the towns in Florida. Every time I watch the news I feel like I’m suddenly going blind and deaf, but then I realize that my eyes and my ears have simply burrowed deeper into my skull to save themselves.

It’s the dumbest time to be alive! And also, it turns out, one of the most challenging as COVID-19 continues to bring this “great” country to its knees day after day. Our failure to contain this virus is epic and the number of people getting sick and dying is growing every day. It didn’t have to be like this! But we elected the dumbest and most corrupt man in America as our “leader” and we are truly getting everything he promised us: “I’m a new kind of Republican! All of the racism, none of the brains.” A criminal without a mastermind. So anyone shocked by the epic failure of this administration has truly not been paying attention since, well, Donald Trump’s entire disgusting existence.

Meanwhile, across the country, the Mask War rages on even though it isn’t a war and people who refuse to wear masks are stupid and their disregard for reality is literally killing people. I am lucky in that I work from home. When I do go out in public I wear a mask even though it makes my face sweat a lot, because my face sweating is gross, but death is forever.

California has one of the highest numbers of COVID-19 cases in the country right now, so it only makes sense that a so-called “straight pride” group wants to have a public gathering in Modesto on Aug. 29 to celebrate their straightness, COVID be damned.

Inspired by last year’s straight Pride demonstration, which according to Pink News drew 20 participants and 200 counter-protesters, the National Straight Pride Coalition is making this an annual thing now, apparently.

Not sure why they put “straight Pride” front-and-center when it seems like their main focus is anti-abortion. On the front page their website reads in all caps: “Save the next generation of babies” alongside lots of photos of babies. Underneath is their “motto” that is, “Normal, Natural, Healthy, Sane.”

In fact, they’re holding their straight Pride event at the Planned Parenthood in Modesto, just like they did last year.

They call PP “not only the fountainhead of both institutional racism and mass racial murder in our nation but [also], due to its extreme anti-Christian and pro-Satanism religious beliefs, a major driving force behind the attack of the LGBT War Machine upon our nation, most especially of children.”

They go on to accuse PP of “promoting the insanity of ‘gender fluidity,’ the psychosis of ‘transgender’ or any other sexual pathology.”

A flyer for the event posted on ABC10.com reads, “Celebrate life! All lives matter!” It also calls Planned Parenthood “the biggest killers of blacks in the history of our nation,” accusing the organization of genocide.

However, included on the NSPC’s foundational principles of life on their website, alongside Heterosexuality and Christianity, is “caucasians,” which they define as “the biological majority of the historical developers and founders of Western Civilization.”

But don’t worry! They also say, “Christ loves and values everyone.” Even the Black people this nice racist group is trying to save apparently.

“We have a celebration of life in all of its aspects: masculinity; femininity; the natural family of man, woman, and children; children born and unborn; Western civilization; Christianity — everything which builds the culture of life,” NSPC founder Don Grundmann told ABC10.

A very tightly focused celebration. Can’t wait to see that on a T-shirt.

Just as last year, there is a counter-protest in the works.

“We decided that we needed to stand up and fight back against this hate in our own community, because we can’t just ignore it,” Zola Hayes of MoPride Inc. told ABC10.

I understand the sentiment, but considering that last year the protesters outnumbered the straight Pride group, this counter-protest seems especially unwise during the COVID-19 epidemic. While I certainly hope that MoPride folks have the sense to wear masks and protest as safely as possible, something tells me that we can’t trust the NSPC folks to do the same. They don’t seem especially normal, natural, healthy or sane.

On their website NSPC urges: “Click the botton [sic] below to aid our many War activities your [sic] very needed and deeply appreciated non-tax deductable [sic] contributions/donations.”

If you truly want to help babies, this isn’t the best use of your money. I suggest donating to an organization that provides “vital reproductive health care, sex education and information to millions of people worldwide” at plannedparenthood.org. 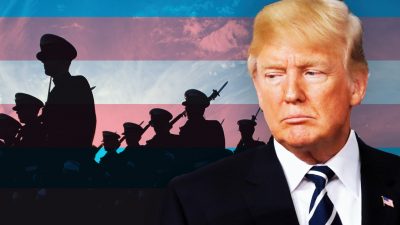