The second annual Utah Transgender Pride Festival, presented by Genderbands, will be held Saturday, August 15 with a Pre-Pride Drag Show on Friday, August 14.

An impressive lineup of transgender and ally people are taking part in the event.

Titan Games competitor Mitch Harrison, who was featured in QSaltLake Magazine‘s August issue, will be a speaker. He is the first transgender athlete on the show, which is hosted by Dwayne ‘The Rock’ Johnson.

Priscilla Chambers, who has been doing drag since the age of 14 and a Top 3 finalist on the 3rd season of The Boulet Brothers’ Dragula, will be performing.

Writer and illustrator Quinci Hambrick, a bi-racial, gay female who was raised in Salt Lake City, will also be performing. Quinci created StarSeed to generate excitement and hope and to provide a space for the marginalized to feel connected, accepted, and to promote their uniqueness through their own art.

Rising pop star Dorian Electra, who makes music that defies gender norms, will also be performing. In the past year, their work has gained a rapidly growing queer cult following as well as critical praise from Pitchfork, Billboard, Paper Magazine, The Fader, and more.

Utah Transgender activist Daniel Romero-Guerrero will speak at the event. A former DACA recipient, they are a member of Gender Justice Scholars and a student in the University of Utah Gender and Ethnic Studies.

Salt Lake City native Jack Rutter, known as Ritt Momney will perform. The project became a personal outlet for Rutter after his bandmates left on Mormon missions and his girlfriend left for college. In his bedroom, he wrote, recorded, and produced his debut LP, entitled “Her and All of My Friends,” in which Rutter grapples with loss, loneliness, and a drift away from Mormon culture.

Mermaids of the Great Salt Lake will also perform. Founded in 2011, they love showing that magic and enchantment still exist, regardless of their age, shape, size, or background.

Multimedia artist Clover Mills. They have lived in Salt Lake City, Texas, Indiana, and Ohio. Their work embraces anger and vulnerability as essential components of healing.

Non-binary soul-pop singer/songwriter Lex Allen will be performing. Based out of Milwaukee, Allen connects all ages, genders, genres, and races at their over-the-top emotional roller-coaster of a live show.

Katherine Applegate and Michael Grant, authors of Animorphs will be speaking. They have been writing partners for over 30 years, as well as husband and wife. Together they wrote the Animorphs series. Separately, Katherine is best known for her children’s novel, The One and Only Ivan, and Michael, for the Gone series.

Hailing from Ogden, guitarist Keyvin Vandyke will perform for the festival. Keyvin’s style mixes blues and pop with their trademark smoky voice. Deeply self-aware, he uses his platform to bring attention to social and mental health issues.

Genderbands is elated to announce that Lucas Silveira will be performing during our #UtahTransPride2020 virtual event!

The Cliks front-man Lucas Silveira, the first out of transgender man to be signed to a major label record deal, will perform. The Cliks toured worldwide with Cyndi Lauper, Tegan and Sarah, Blondie, The Cult, The New York Dolls, and more. Lucas now divides his time between writing, public speaking, visual art, songwriting, solo performances, and self-love advocacy for marginalized communities. Lucas is currently working on a children’s book for trans and non-binary children and preparing to record a new album.

Indie-pop female quartet The Aces will perform as well. Hailing from Provo, Utah. The group is one of Paste Magazine‘s “10 Best Utah Bands You Should Know.”

Genderqueer performer Fletcher Klein will participate in the event. Xe finds that music often says things so much better than just talking, and loves connecting with people through xyr singing.

Transgender swim athlete Schuyler Bailar will speak at the event. Bailar is the first transgender athlete to compete in any sport on an NCAA Division 1 men’s team. By 15, he was one of the nation’s top 20 15-year-old breast-strokers. By 17, he set a national age-group record. In college, he swam for Harvard University. Schuyler’s difficult choice – to transition while potentially giving up the prospect of being an NCAA Champion – was historic and timely. His story has appeared everywhere from 60 Minutes to The Ellen Show.

Singer-songwriter Jo Lee will also perform. Possessing a luxurious voice, their sound blends R&B and Pop with Hip Hop, Funk, and Afro-Latin grooves. Identifying as nonbinary, Jo Lee also likes to think of their vocal sound as nonbinary. Exploring the full range of their register and tiered harmonies are part of their vocal signature. On stage, Jo Lee has a reputation for making you cry one minute and serving sass in the next.

EJ Michels of Foreign Figures will perform. Experiencing a closeted life until his 20s, divorce, and coming from a separated home, EJ’s intent is to channel negativity into something more cathartic.

Transgender, pansexual, and intersex Utah activist Sue Robbins will present during the event. Robbins serves on the Equality Utah Transgender Advisory Council and is the Community Co-Host of KRCL RadioACTive’s Everyday People. She is past chair of the Utah Pride Center and Transgender Education Advocates (TEA) of Utah. She is a proud veteran with 20 years of service in the US Army.

Award-winning singer-songwriter, actor, performer, writer, LGBTQ activist, and motivational speaker Ryan Cassata will perform. Ryan is the first openly trans performer at the Vans Warped Tour. The Advocate Magazine called him a “Transgender singing sensation” and Billboard Magazine called him a “true force in the music industry.” Cassata was the focus of the documentary film Songs for Alexis.

Singer-songwriter Shawna Virago will perform her folk, punk, and twang sounds. Virago was one of the nation’s first openly transgender women to perform and tour nationally since the early 1990s.

Transgender actor, model, and singer-songwriter Emmett Preciado will be performing. Latinx, Mexican, Italian, Spaniard, and Caucasian American, he was born in Merced, Calif. but grew up in Chilton, Wis. He started to seriously pursue his acting career after dropping out of college to physically transition.

Utah’s own Willie Thee Bawdy will perform as well. From the children’s choir to the main stage, Bawdy has strived to be the best at what they do and to give their all. Thick and fine as wine, and sassy all the time. A heart of gold, but don’t get it twisted, Bawdy always keeps it real.

Transwoman politician and activist Sophia Hawes-Tingey will speak at the event. She is the South Valley Unitarian Universalist Association board of trustees president, ACLU of Utah board member, Women’s State Legislative Council of Utah policy chair, and Transgender Inclusion Project chair. She was the first openly transgender person to appear on a public ballot in Utah, running for the Utah State Legislature, Midvale City Council, and Midvale City Mayor.

March for Our Lives cofounder Ermiya Fanaeian will speak at the event. As a trans youth activist, she lobbied against conversion therapy and worked with the ACLU of Utah. She has worked on many political campaigns and currently serves as the director of diversity for the student body at the University of Utah.

Internationally-acclaimed gender non-conforming writer and performance artist Alok Vaid-Menon will perform at the event. A mixed-media artist who explores themes of gender, race, trauma, belonging, and the human condition, they are the author of Femme in Public (2017) and Beyond the Gender Binary (2020). In 2019 they were honored as one of NBC’s Pride 50 and Out Magazine’s OUT 100.

The festival will be held Saturday, August 15, with a Pre-Pride Drag Show on Friday, August 14th. Genderbands.org/utahtranspride 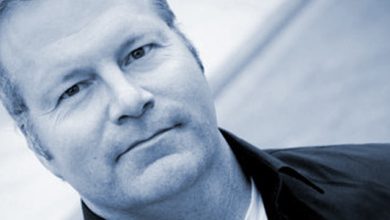