U.S. Associate Justice Ruth Bader Ginsburg, who joined all major decisions for LGBTQ rights on the bench and was known as the “Notorious RBG” in progressive circles, has died at age 87.

“Associate Justice Ruth Bader Ginsburg died this evening surrounded by her family at her home in Washington, D.C., due to complications of metastatic pancreas cancer,” a Supreme Court spokesperson said in a statement Friday.

Ginsburg’s death will light a bonfire in an already tumultuous political season, as emotions are heated and civil unrest — even violence — has gripped the country ahead of the 2020 presidential election. The fate of Ginsburg’s seat, who was a strong proponent of abortion rights, will be seen as key to deciding whether or not abortion will remain legal in the United States.

Her death just over six weeks before Election Day is likely to set off a battle over whether Trump and the GOP-led Senate should push through her replacement, or if the seat should remain vacant until the White House race is decided.

When conservative justice Antonin Scalia died in 2016, U.S. Senate Majority Leader Mitch McConnell said he would let the people speak their voice in the presidential election rather than allow consideration of President Obama’s nominee, Merrick Garland.

It remains to be seen whether or not McConnell, who changed Senate rules to allow confirmation of Supreme Court justices without a 60-vote threshold for a filibuster, will follow that guidance in 2020.

‘A force for good’

Appointed by former President Bill Clinton and confirmed in 1993, Ginsburg joined the majority for every decision for LGBTQ right from the Supreme Court.

Among them were Romer v. Evans in 1996, which struck down Colorado’s anti-gay Amendment 2, Lawrence v. Texas in 2003, which struck down state laws criminalizing sodomy. Both decisions were early indications the nation was beginning to head into a different direction to accept LGBT rights.

Ginsburg also joined rulings that advanced same-sex marriage, including Windsor v. United States in 2013, which struck down the anti-gay Defense of Marriage Act; Hollingsworth v. Perry in 2013, which restored marriage equality to California after Proposition 8; and Obergefell v. Hodges, which struck down state bans on same-sex marriage and extended full marriage equality throughout the country.

More recently, Ginsburg joined the decision in Bostock v. Clayton County, which found anti-LGBTQ discrimination is a form of sex discrimination, thus illegal under Title VII of the Civil Rights Act. The broad ruling grants protections to LGBTQ people wherever there are laws against sex discrimination, including employment, housing, health care, and education.

Alphonso David, president of Human Rights Campaign, said in a statement Ginsburg was “a force for good — a force for bringing this country closer to delivering on its promise of equality for all.”

“Her decades of work helped create many of the foundational arguments for gender equality in the United States, and her decisions from the bench demonstrated her commitment to full LGBTQ equality,” David said. “She was and will remain an inspiration to young people everywhere, a pop culture icon as the Notorious RBG and a giant in the fight for a more just nation for all. We extend our deepest condolences to her family and loved ones.”

“Justice Ginsburg was an American hero and pioneer, a voice for so many marginalized people, leaving behind a legacy of courage, tenacity, and historic impact in creating a better country and a better world for all of us. We are all so grateful for all Justice Ginsburg has done for LGBTQ people, for women, for our ability to control our own bodies, for all that seek to move freedom forward in this country,” Carey said.

Justice Ginsburg blazed many trails in her lifetime. She graduated at the top of her class from the Columbia School of Law, founded the Women’s Rights Project at the ACLU and argued cases of women’s rights and gender justice before the Supreme Court, helping pave the way for gender justice and equality in the U.S. Justice Ginsburg was appointed to the U.S. Court of Appeals for the District of Columbia Circuit, and was appointed to the U.S. Supreme Court in 1993, becoming only the second woman to serve on the Supreme Court.

In her private life, Justice Ginsburg has performed many same-sex marriage ceremonies — considered to be the first Supreme Court justice to do so.

Statement by the U.S. Supreme Court

Associate Justice Ruth Bader Ginsburg died this evening surrounded by her family at her home in Washington, D.C., due to complications of metastatic pancreas cancer. She was 87 years old. Justice Ginsburg was appointed to the Supreme Court by President Clinton in 1993. She was the second woman appointed to the Court and served more than 27 years. She is survived by her two children: Jane Carol Ginsburg (George Spera) and James Steven Ginsburg (Patrice Michaels), four grandchildren: Paul Spera (Francesca Toich), Clara Spera (Rory Boyd), Miranda Ginsburg, Abigail Ginsburg, two step-grandchildren: Harjinder Bedi, Satinder Bedi, and one great-grandchild: Lucrezia Spera. Her husband, Martin David Ginsburg, died in 2010.

Chief Justice John G. Roberts, Jr. said of Justice Ginsburg: “Our Nation has lost a jurist of historic stature. We at the Supreme Court have lost a cherished colleague. Today we mourn, but with confidence that future generations will remember Ruth Bader Ginsburg as we knew her — a tireless and resolute champion of justice.”

Justice Ginsburg was born in Brooklyn, New York, March 15, 1933. She married Martin D. Ginsburg in 1954. She received her B.A. from Cornell University, attended Harvard Law School, and received her LL.B. from Columbia Law School. She served as a law clerk to the Honorable Edmund L. Palmieri, Judge of the United States District Court for the Southern District of New York, from 1959–1961. From 1961–1963, she was a research associate and then associate director of the Columbia Law School Project on International Procedure. She was a Professor of Law at Rutgers University School of Law from 1963–1972, and Columbia Law School from 1972–1980, and a fellow at the Center for Advanced Study in the Behavioral Sciences in Stanford, California from 1977–1978. In 1971, she was instrumental in launching the Women’s Rights Project of the American Civil Liberties Union, and served as the ACLU’s General Counsel from 1973–1980, and on the National Board of Directors from 1974–1980. She was appointed a Judge of the United States Court of Appeals for the District of Columbia Circuit in 1980. During her more than 40 years as a Judge and a Justice, she was served by 159 law clerks.

While on the Court, the Justice authored My Own Words (2016), a compilation of her speeches and writings.

A private interment service will be held at Arlington National Cemetery.

2008 Utah Pride Festival by the Numbers 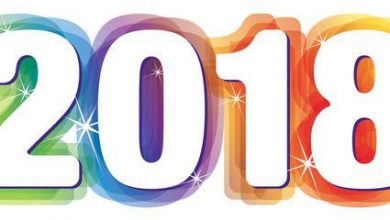