Ermiya Fanaeian was still in high school when she organized one of the largest rallies to happen in the state of Utah to protest gun violence. She was the face on local television news stations speaking about the need to control gun violence. Today she is running a group that seeks to train and arm people in the LGBTQ community.

She said that she gave up on politicians solving the problem of murders most often perpetrated by those with guns.

“We kept protesting for years, and all politicians would do is end up letting the attackers off the hook with a slap on the wrist,” she said. “And often these were the same liberal politicians who were calling to disarm people.”

She then realized, she said, that it was up to the LGBTQ community to protect itself.

She organized a local chapter of the national Pink Pistols organization.

Pink Pistols was founded in 2000 under the slogan, “We teach queers to shoot. Then we teach others that we have done so.”

“Armed queers don’t get bashed,” the organization’s website says. “We change the public perception of the sexual minorities, such that those who have in the past perceived them as safe targets for violence and hateful acts — beatings, assaults, rapes, murders — [so that they] will realize that now, a segment of the sexual minority population is now armed and effective with those arms. Those arms are also concealed, so they do not know which ones are safe to attack, and which are not … which they can harm as they have in the past, and which may draw a weapon and fight back.”

Fanaeian said that a recent assault in Michigan was the final straw for her.

“That’s when I thought it was time for us to put safety into our own hands,” Fanaeian said. “I never thought I would own a gun.”

She now has an AR-15, which she takes to local gun ranges to practice shooting along with other members of Salt Lake City Pink Pistols.

“We typically practice at TNT [Gun Range], and we also like to utilize outdoor nature spots,” she said. “We are partnering with professional trainers who have trained all different kinds of folks. From people who are experienced but want to learn more, to people that have never even held a gun. It’s important to get that kind of professional training in as well.”

While she has the AR-15, she recognizes that is difficult to carry around during a normal day. For that, she says a handgun is needed.

“I suggest a Glock. Glocks are pistols that are easy to carry whether you want to open or conceal carry,” she said. “Glocks are small and reliable and are a good self-defense tool when you are first starting.”

The group is still growing and is mostly organized through its Instagram page @PinkPistolsSlc.

“We are very active on social media, and are continuously partnering with other organizations that have similar goals to us such as the National African American Gun Association,” she said. “We are currently creating a calendar of shooting practices. If someone wants to get involved all they have to do is reach out to us on Instagram @PinkPistolsSlc.”

Pink Pistols was first introduced to Salt Lake in 2002 by gay activist David Nelson. Another swell of interest happened after the Orlando Pulse massacre in 2016 while Matt Schlentz was president.

For more information on Pink Pistols SLC, go to instagram.com/pinkpistolsslc. For the national organization, go to pinkpistols.org 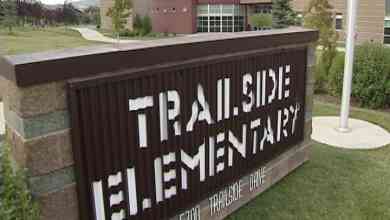