On Monday, Oct. 27, Donald Trump swore in his third Supreme Court Justice Amy Coney Barrett under the cloak of night. And like many things that necessitate darkness, it was a sordid affair that will leave a lasting stain.

You’ll remember, of course, that in President Barack Obama’s last year in office, the Republicans, led by Mitch McConnell, refused to consider his Supreme Court nominee, Merrick Garland. They said that in an election year the people should decide who should be the next president, and the next president should get to nominate someone for the court.

And we all know how that turned out.

Note that Garland was appointed in March. MARCH. His appointment was blocked by the Republicans for over six months. It was too close to the election, McConnell said.

Ruth Bader Ginsburg died on Sept. 18. McConnell and the Republicans rammed through Coney Barrett’s nomination in less than a month, because they have no principles. No morals. They care only about power.

The most corrupt and incompetent and irresponsible president in history was able to put three justices on the Supreme Court. These justices were chosen specifically because they will vote against LGBTQ rights, against reproductive freedom, against access to health care, against voting rights.

But let’s not forget that there’s an election happening right now. Hell, by the time you read this, election day may have come and gone.

The other day a pickup truck drove past me with two giant flags flying from the back. One was a black-and-blue American flag, the other was the traditional American flag with the words, “Trump 2020 F*UCK YOUR FEELINGS.” These flags truly represent everything the Republican Party — and let’s be clear that Trump is NOT separate from the Republican Party, he is the ultimate symbol of what this party is — stands for.

First, the so-called “Blue Lives Matter” flag. It is intended to be a show of support for law enforcement in response to the Black Lives Matter movement. It is fitting that this flag is black and blue, like a bruise. Of course, if your response to the idea that Black lives should matter and that the police shouldn’t be able to kill them with impunity is to say that, no, actually police officers killing Black people is fine with you, then you’re probably racist. If you really want to support law enforcement, then support policies that would make them and the communities they serve safer and more secure like training in deescalation, licensing requirements, transparency, and accountability.

Secondly, the stars and stripes with “F*UCK YOUR FEELINGS” scrawled across it is the equivalent of wearing the flag as a diaper. Trump’s self proclaimed patriots love to shout about respecting the flag when Black athletes are kneeling to protest police brutality, but are more than happy to use the flag as a billboard for their hated and general assholery.

The U.S. is a flawed country, no doubt. But we were built on ideals that are worth trying to live up to. We’ve moved backward under Trump.

Republicans, who consider themselves the “tough guys” because they have open disdain for caring about other people, have given up on trying to control the virus. The biggest health crisis this country has faced in my lifetime and the Republicans have said, “Nah, that’s too hard.”

They are losers and failures. And that should be reflected in the election results across the board.

It’s not over on Nov. 3. Even if Joe Biden and Kamala Harris are elected and Trump and Pence lose as they so rightfully deserve to lose. The hatred and the violence and the false reality that have been encouraged and given legitimacy by the Fox News Administration isn’t going away any time soon, and Trump is going to ramp up his trashing of the country on his way out.

Buckle up. D’Anne Witkowski is a poet, writer and comedian living in Michigan with her wife and son. She has been writing about LGBT politics for over a decade. Follow her on Twitter @MamaDWitkowski. 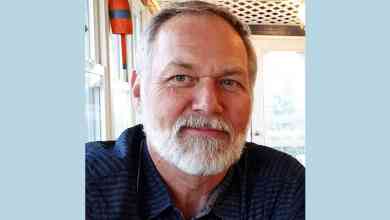 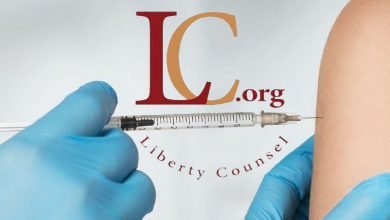