We told you about the Kristen Stewart/Mackenzie Davis holiday rom-com Happiest Season (dropping on Hulu as we speak); and how the two big cable holiday movie factories – Hallmark and Lifetime – are also offering The Christmas House and The Christmas Setup, respectively. But now, out of the blue, comes Dashing in December from Paramount, starring Peter Porte (The Young and the Restless) and Juan Pablo Di Pace (Fuller House, but gays are really going to remember him best as the Aerobics Class Guy in Eric Prydz “Call On Me” video). Like all holiday TV movies, the premise is simple: two men meet on a ranch in the Midwest as Christmas approaches and one of them tries to convince ranch owner Andie MacDowell to sell the property. Short version: the holidays and rugged rural hot dudes = gingerbread-based romance and a happily ever after. It drops on the Paramount Network December 13. Get that boozy cocoa ready for the Zoom watch party.

One of the more heartening developments in scripted narrative TV in the past few years has been the mini-wave of transgender and non-binary actors being cast in shows as both trans and cis characters. It’s just starting but the ranks keep growing. And you can add newcomer J.J. Hawkins to that mix. Hawkins, a gender-noncomforming trans-masculine actor, is joining the cast of the Charmed reboot on the CW network. Entering season three after a 2018 start, the supernatural drama that stars Madeleine Mantock, Melonie Diaz and Sarah Jeffery will add Hawkins to the mix, where they’ll be the series’ first transgender character, a college student named Kevin. (Hawkins also uses pronouns he/him interchangeably). Hawkins’ career to this point has been spent playing supporting roles as non-binary characters on series such as The Red Line and the CBS legal drama All Rise. The new season hits the air January 24, 2021, to brighten up your post-holidays malaise.

The queer child having to deal with conservative parents is, at this point, a cliché in LGBTQ+ dramas about family conflict, but Viggo Mortensen’s new film, Falling, will put its own spin on the familiar narrative trope. Mortensen writes, directs and stars in the film as the gay son who chooses to care for his aging, conservative father (Lance Henriksen), transplanting Dad from a rural area to a new life in Los Angeles. We’re going to assume a sort of mutual understanding develops between these characters, the reconciliation so many queer people long for from reactionary family members. Ozark star Laura Linney and Hannah Gross (Tesla) round out the cast of the heartfelt drama. It premiered in January at the Sundance Film Festival  – which now seems like a decade ago – and drops in the UK in December. A U.S. release is forthcoming, probably in the new year, and maybe you’ll be able to convince your right-wing parents to watch it. Wouldn’t that be nice?

Waiting to Exhale: the TV series

A recent Twitter game: name something that isn’t queer, but actually is queer. The usual responses of iced coffee, Carly Rae Jepsen and Selling Sunset were to be expected. But now that we’ve heard that a Waiting to Exhale series is in development at ABC, we’d like to play along. Naturally Lee Daniels is behind it, because he’s seemingly behind everything, and it comes with some excellent behind-the-scenes talent with a pilot from sisters Attica Locke (When They See Us) and Tembi Lock (Never Have I Ever), to be directed by Anthony Hemingway (Genius: Aretha). Terry McMillan, who authored the original book about four women navigating romance and friendship on which the 1995 Loretta Devine-, Whitney Houston-, Lela Rochon-, Angela Bassett-starring film was based, will act as consulting producer. There’s no cast yet but we have high hopes for this one. Stay tuned.

Romeo San Vicente has never set a bad ex’s clothes on fire. He stole them instead. 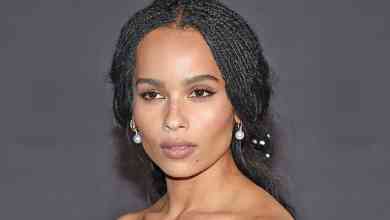 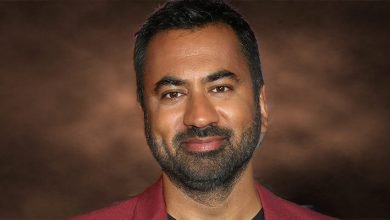