You might remember the name Eric Moutsos as being the Salt Lake City Police Department motorcycle officer who resigned from his position rather than participate in the Utah Pride Parade in 2015.

Today, he is an ardent Trump supporter and runs protests against masks, quarantine measures, and the recently distributed Coronavirus vaccine. He also is against anything to do with the Black Lives Matters movement and having rainbow flags in Utah schools.

“These flags are flying at Rose Park Elementary School in SLC, Utah,” Moutsos wrote on his Facebook wall alongside photos of a rainbow flag and a Black Lives Matters flag. “I called the Principal, Nicole OBrien, and spoke to her for about 10 minutes just now. Yes it’s true. I had a decent conversation about the consequences of the flags. I tried to show her where this road leads. I explained to her as a former Salt Lake City Police officer, flying these flags for little kids is very divisive and dangerous for those who disagree with the messages politically or religiously. And the kids do not need this in school of all places.”

OBrien, he says, replied that “we represent all people,” and “This is a safe space.”

Moutsos asked OBrien if he could bring “a straight pride flag, or a Christian flag with a cross, or a [sic] All Lives Matter flag.”

“What about a Blue Lives Matter flag? Would a police officers [sic] child feel safe walking under a flag which organization chants ‘F the police’ ?? How inclusive is this really? Don’t All Lives Matter? Or just certain lives?” he continued.

Moutsos said that the principal sounded like a nice person and encouraged his ultra-conservative followers to contact her directly. He said he would continue to push for the removal of the flags until he found that they were removed.

Commenters said that the flags were temporarily removed, but were put back up after the principal and the school board backed them being displayed.

Abigail Riley, daughter of principal OBrien, posted a photo of the flags and an explanation of her mother’s motivations.

“My mom, who is the principal at Rose Park Elementary, recently put up a Black Lives Matter flag and updated her pride flag to recognize trans and bipoc inclusivity,” she wrote on her Instagram wall. “Her words: ‘It’s all about the tiny humans that walk through the door. They need to feel included and loved.'”

“This decision has received pushback from people who I’d rather not give voice to,” Riley continued. “Her voicemail and email are subject to constant notifications; some in complete support and some fervently against these flags.”

“I could go on for a while about my mother. She is truly passionate about anti-racist work and her students and is constantly working to make the school a safe space for all,” Riley said. “But she wishes to be decentered from this conversation, as she is only a vessel and not the originator of these ideas.”

Riley asked people to consider what the “simple gesture of a flag where someone sees themselves represented might do to foster a feeling of safety and inclusivity.”

Larry Madden, interim superintendent of the Salt Lake City School District, released a statement of support of the flags.

“During the past week, you may have seen posts on social media about the Black Lives Matter flag and LGBTQ Pride flag hanging inside Rose Park Elementary. I appreciate the concerns that have been shared, but I want to make sure our community understands the purpose of these flags,” he wrote. “The flags are not a political statement nor are they meant to take sides on any political issue. For years, Rose Park has flown flags to represent the heritage countries of Rose Park students and their families. Several years ago, the school added a Pride flag to express support for a Rose Park student who came out. And this summer, with racial injustice at the forefront of many across the country, a Black Lives Matter flag was added to send an explicit message that Rose Park Elementary is a welcoming and safe space for all members of our community.”

“Our district and city, and the Rose Park community specifically, are some of the most diverse communities in our state, and the flags show the school’s and district’s desire to be an inclusive and welcoming environment for the entire community,” Madden continued. “The district fully supports the flags at Rose Park, and the decision to hang these flags is backed by policies in our district that bolster ALL students and specifically prohibit discrimination. More importantly, the flags show our students and families we love them and want them to succeed. That’s a goal I hope the entire community can support.” 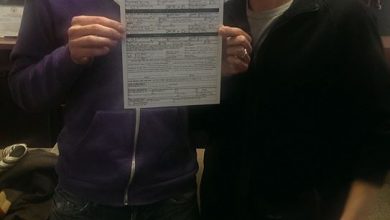