I don’t know who needs to hear this, but Joe Biden won the election. And I don’t know what the hell is going to happen when the day comes for Trump to leave the White House. I can tell you what the Trump Administration is busy doing. No, it’s not slowing the spread of COVID-19. No, it’s not helping out businesses and employees hard hit by the epidemic. No, it’s not leaving the White House “broom swept” for the Biden Administration. Nope. They’re busy trying to sabotage the government to hurt Biden.

What, did you think Republicans cared about you? Because they do not.

We’ve surpassed the 300,000 mark when it comes to COVID-19 deaths in the U.S.. Trump participated in a somber and reflective vigil to remember the dead. … Kidding. Trump was too busy Tweeting that Georgia’s Gov. Brian Kemp should be in jail for refusing to investigate non-existent voter fraud.

Note, when Republicans cry “voter fraud,” what they really mean is “Black people voting.” They are, after all, racist.

That’s not to say there was no voter fraud found in the 2020 election. According to Business Insider, a man has been charged with fraud in Pennsylvania for using his dead mother’s ballot to vote. For Trump. The man is 70 years old and, if “convicted on all charges [he] could spend up to 19 years in prison.” That is very serious!

So when Republicans claim that dead people were voting, it turns out they were right and we should definitely do the entire election over.

Meanwhile, Russia hacked the U.S. and boy, did they hack us good. The hack started in March. Or, at least, that’s the earliest point it can be traced back to. Let’s see, what was going on in March, 2020? Oh, yeah, COVID-19. No wonder the Trump Administration didn’t notice that Russia was hacking the shit out of us. Trump was too busy fighting COVID-19 by taking decisive action to mitigate the spread and save lives.

Except, of course, that he wasn’t. He was saying that COVID-19 was going to go away “like a miracle.” The Trump Administration has not implemented or even offered ANY PLAN. We’re cruising to a year of COVID. And they’ve done nothing.

Wait, that’s not true. The Trump Administration has been very busy trying to sabotage the electoral process and install Trump for a second term. And members of the Trump Administration and Republicans — who did NOTHING to stop the loss of what will end up being a number far more staggering than 300,000 lives and who, in fact, politicized this pandemic thereby kneecapping state government efforts which no doubt led to and will lead to more deaths — well, they were quick to line up to be the first ones to get the vaccine.

And that makes me furious. But then again, by getting the vaccine it will make more of their cult members get vaccinated. Though Republicans have been pushing anti-vax conspiracy nonsense for years, so something tells me this will work out great.

Meanwhile, we’re all holding our breath for Jan. 20, 2021. God knows it can’t get here fast enough. But anyone who thinks that there’s going to be some kind of switch flipped on that day making Trump go away is delusional. The damage done by Trump and the basket of deplorables he hired and who support him is deep and will not be easily healed.

Not even a $600 check 9 months into a national emergency will be enough to reverse the damage done to our country, our people, our economy, our environment, our standing in the world.

2020 was hard on everybody. Well, maybe not everybody. It was a very good year to be rich because rich folks got even richer. But 2020 was especially hard for people who are marginalized in America: LGBTQ people — with transgender people targeted for the most harm — Black people, women, Native Americans, immigrants, Latinx people, poor people, people living with chronic illness or injury, people with preexisting conditions.

That said, the power of the marginalized has never been stronger and more determined.

The cruelty of the Trump Administration will last long past Jan. 20. And that was the point all along. Republicans chose to keep Trump in office after he was impeached with ample evidence because they wanted it this way. Now a Republican just saying out loud that Biden won the election is considered an act of bravery.

But Republicans aren’t brave. They are scared. They are clinging to a past where people like them — by and large heterosexual cisgender white men — were in charge and everyone else had to cower. Turns out they were the snowflakes all along. 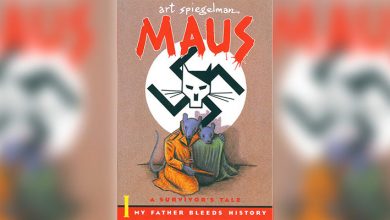