A couple of weeks ago, I had a frustrating day at work — it happens. What really sunk my day was getting an email forwarded to me from Kelly. It was from the boys’ school, and the subject line bore our youngest’s name. I took a deep breath and prepared myself to learn of some classroom incident or lunchroom brawl.

Instead, I discovered our youngest son wasn’t the topic of the email but was sent to all the parents in the teacher’s eighth-grade Language Arts class to inform us they were tackling the book, Merchant of Venice.

He explained how he was using a version of the play that supplants Shakespeare’s Elizabethan English with modern, more accessible dialogue, and how he is supplementing the reading by showing a video of a recent Royal Shakespeare Company’s rendition of the play. That video was the reason for the email.

The teacher explained that in this particular version, two of the male characters, Antonio and Bassanio, kiss. He went on to assure us that he had warned the students when it was about to happen, and he permitted them to look away.

He explained that no such kiss exists in Shakespeare’s script and that the class discussed the reasons a modern director might have chosen to add it. For example, “to make their own political statement or to attract a specific audience.”

So, yeah, I was pretty livid — even though my kid wasn’t in class that day. I wasn’t angry as a gay dad. I was angry because I had once been a gay eighth-grader. He was telling his students that a kiss between two men was something bad. The message to any gay kid was clear: your feelings are wrong, and any expression of your love needs to come with a warning.

To be fair, I think he should’ve given the kids a head’s up. Eighth graders — especially boys — aren’t known for their maturity. I questioned the need to discuss why a director (a woman, by the way) chose to include the kiss. Why did the director cast a black man to play Gratiano? Precisely what political statement could she be making? Does the teacher really think two guys kissing would make gay men want to see the play? If so, he clearly has no clue who’s sitting in those theater seats.

I was curious, so I scoured the internet until I found that particular rendition. Sure enough, right there in the first scene of the first act, Antonio and Bassanio share a rather passionate kiss. At first, I couldn’t understand why the kiss occurred.

Admittedly, I’m a Shakespeare geek, but I wasn’t all that familiar with Merchant of Venice. After I read the synopsis, the kiss made perfect sense. The older Antonio is always financially saving young Bassanio. This time it’s for Bassanio to marry the wealthy Portia. Why would Antonio do that? What is he getting in return? This director provided a possible answer — clearly, Antonio is in love with Bassanio, who exploits that love.

In the end, at my son’s request, I decided not to contact the teacher. I did, however, explain the irony of the message clearly missed by his teacher. In perhaps the most famous line from the play, Shylock the Jewish lender refutes the antisemitism hurled at him by saying, “If you prick us, do we not bleed?”

But maybe reinterpreting another famous Shakespeare quote makes more sense in this case. Concerning Romeo and Juliet, for Antonio and Bassanio, a kiss by any other name is still as sweet. 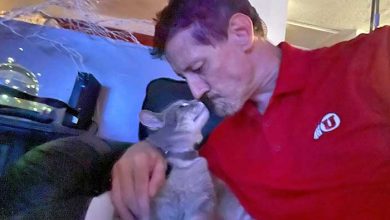