Lugging ultrabright flashlights in six colors, 50 Brigham Young University students hiked the mile-long trail in the dark to the iconic Y above the school to light it up in rainbow colors to support the school’s LGBTQ students and faculty.

The display was visible all across the valley for a full hour before the group clicked them off and walked back down the path in jubilation. The event was planned by a group of LGBTQ students at the private religious school as part of “Rainbow Day” or “Color the Campus.”

“It’s not a symbol of protest; it’s a symbol of unity,” Talbot told the Daily Universe — the school’s newspaper. ”We are here, and we are going to be supporting and loving [LGBT students and faculty] no matter what. And we hope to do that with BYU.”

Students at the university were asked to wear rainbow colors on campus throughout the day to show support for the LGBTQ community there. The nighttime display, however, was a close-held secret that had the valley abuzz.

“The Y was colored up in rainbow today, and it was awesome. I was at the gym, and I wanted to go see what was up,” BYU student Jake Young, who describes himself as an ally, said in a video he posted on his Facebook page. “I realized as I was coming up the mountain, coming up to the Y, that it was people. So, people brought different colored lights, very bright lights, obviously since you could see them around Provo, and they stood in place for just over an hour and shined the rainbow on the Y, which I think is incredible.”

“It was so beautiful, and everyone was so happy. I got to the top, and there was a bunch of gay people, and I just talked to them, and it was awesome,” he continued. “I just love the support we had today. I know it wasn’t University-sponsored, but I’m just glad there are people who just love and support. This comes, especially after what happened last year at my university.”

What happened last year at the University was that a section of the school’s Honor Code dealing with “Homosexual Behavior” was removed, leading to the belief the school was now allowing LGBTQ students to date and show affection for one another. A week later, leaders of the Church of Jesus Christ of Latter-day Saints clarified that such behaviors would still be punished.

“The Honor Code is basically a compilation of rules that a student must follow in order to maintain eligibility to attend school. Any violations can get you kicked out. So they took out a clause that said that same-sex anything was, basically, they took it out saying that same-sex people could date,” Young explained in his video. “And so I had a lot of really close friends and people who came out because they finally felt free to do so. And it was beautiful. So many of my friends said they went on their first date ever. And I’m 22 now, and I couldn’t imagine being in high school and not dating and having those experiences.”

“About a week later, the church came out and basically said that was not okay anymore and put the clause right back in the honor code, and it did a lot of damage to my LGBTQ friends, and it really hurt them,” Young continued. “I’m very close to many, and it really affected them mentally. Some had big bouts of depression; some got very suicidal. It was super sad.”

“We basically gave it to them and then took it back and made them fall,” he said. “So this marks the anniversary of a very, very hard time for many of my LGBT brothers and sisters.”

“I especially loved that it was just people with lights. There was no vandalism or anything like that. It was people willing to show support for the marginalized.

Twenty-two minutes into the event, the school tweeted a statement saying, “BYU did not authorize the lighting of the Y tonight.” After it was over, BYU followed up with, “The Y is BYU property and any form of public expression on university property requires prior approval.”

BYU Police received several calls through the night about what callers described as vandalism of the Y. BYU Police Lt. Jeff Long said no police action was taken since “no crime was committed.”

Talbot released a statement inviting BYU and church leaders to listen to LGBTQ students and faculty.

“We at Color the Campus invite the BYU Board of Trustees to follow the Apostolic Counsel of President M. Russell Ballard, ‘to listen to and understand what (their) LGBT siblings are feeling and experiencing.’ We invite the Board of Trustees to meet with LGBTQ+ BYU students to hear their stories, so they understand the effects their actions have on some of most marginalized & victimized students at CES schools.” 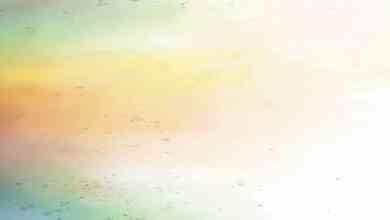