It takes a hell of a lot of magical thinking to look around at how things are in the U.S. right now and say to yourself, “Man, I wish we were living under the stability and competence we had under Trump. Things are really out of control now and I’m scared.”

Things are — by almost every measurable account, but especially by the standards of how many people are dying unnecessarily — much better. Super? Maybe not! But it takes a long time to climb out of a hole as deep as the one the Trump Administration dug.

And yet, even with Trump’s refusal to concede the election, even with the terrorist attack in D.C. carried out by Trump supporters, even with 500,000 people dead, far too many Americans are feeling wistful for the good old days of mass death and political upheaval.

One of these people is Tony Perkins, president of the Family Research Council, an organization that is rabidly anti-LGBTQ+.

According to Right Wing Watch, on March 17, Perkins sat down for a little chat with Pastor Jack Hibbs, a southern California megachurch leader, to talk about how awful things are now that Joe Biden is president.

“These are challenging times. I’m not — I am not gonna put any kind of spin on it,” Perkins said.

He then declared that President Biden’s agenda was “literally from the pit of hell.”

It makes me figuratively insane with people misuse the word “literally,” but I digress.

What is so horrible about President Biden’s policy agenda? Well, it involves letting women make their own reproductive health care decisions and letting transgender military members serve their country. Perkins was instrumental in getting Trump to ban trans troops, after all.

Perkins lists his grievances: “Forcing you as a taxpayer to be involved in funding abortions, not just here in America and abroad, around the world. The attack on religious freedom. The attack on our children with forcing schools, this transgenderism on elementary schools, secondary schools, colleges and our nation’s military,” he said. “Our military has now become, once again, a laboratory for social experimentation. They’re treating our men and women in uniform as if they were laboratory rats for their social policy.”

OK. A lot to unpack here. Abortion is health care and thus taxpayer money should be used to pay for abortions in the same way it’s used to pay for heart surgery. Women making their own decisions about reproduction is very threatening to the unnatural and unearned advantage afforded to men in this country, so guys like Perkins would like you to think that abortions are something only sinful teenagers and abominable whores have, when in reality, abortion is something that people from every possible walk of life have. Although Perkins thinks that he has a right to have final say in reproductive decisions, he absolutely fucking does not.

Then there’s “attack on religious freedom,” which isn’t really a thing? I mean, Perkins and other evangelical Christians want you to believe that there is an all out war against them, but in reality what is happening is a societal shift that has more people saying, “Hey, maybe this whole separation of church and state thing is, like, good?”

This, of course, threatens Christian dominance, but it doesn’t threaten anyone’s freedom to be a Christian. It is not an attack on religion to tell someone, “Hey, you can’t treat LGBTQ+ people as subhuman and claim you’re just doing God’s work.”

In reality, transgender people are, first and foremost, people, and whether or not you agree with/understand/are sympathetic to their lives doesn’t diminish their humanity. Secondly, it isn’t known exactly how many transgender people there are in this country, but this is definitely a small minority of people who have far less power and political clout than people like Perkins who claim that he is being oppressed if a transgender person is allowed to choose what restroom to use or to serve in the military.

“America’s in a very, very — I would say — precarious situation,” Perkins concludes.

He isn’t wrong, as anyone who lived through this past year would attest! But we’re in this situation for the exact opposite reason Perkins thinks we are. The tilt toward right-wing buffoonery under the Trump Administration left this country extremely vulnerable in many ways and, unfortunately, our turn away from science, reason and unity of any kind coincided with a deadly virus raging across the world. And here we are.

Creep of the Week: Brian Brown 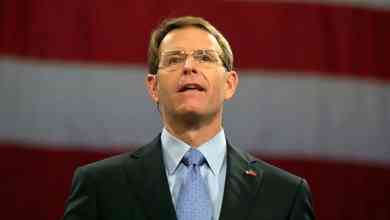