LOCAL COLOR is comprised of four short plays by members of Plan-B’s Theatre Artists of Color Writing Workshop: “DoLs” by Dee-Dee Darby-Duffin (a comedy about becoming friends in the most awkward situation imaginable); “Guise” by Chris Curlett (a dramedy about [re]defining masculinity); “Organic” by Tito Livas (a dark comedy about love, perception, and Grindr); and “Suicide Box” by Tatiana Christian (an even darker comedy about the deadly side of customer service).

Tito, what inspired you to try your hand at playwriting?

I’m not really sure if I can point to one specific thing that inspired me. In part, it’s because there’s a lack of BIPOC playwrights. I wanted to make it known that we have stories to tell and are quite capable of creating them. AND if we’re creating the stories, we are in charge of the characters involved and, as there aren’t a lot of BIPOC characters being created accurately by white playwrights, I wanted to create characters for us, played by us, to bring more representation to the stage furthering my agenda for equality.

But also, I’ve always had stories going on in my head. Typically, I’ll get an idea and just make a note of it in my phone and as I think more on it I’ll add to the note, but that’s as far as it usually gets. So when the opportunity came up to workshop playwriting with Julie Jensen I jumped at the opportunity as a way to sort of force myself into taking the ideas in my phone and turning them into something more.

How about you, Dee-Dee?

Tito, is “Organic” informed by your real life?

It’s pretty much an exact rip-off. A married, interracial, gay couple that composts, one of whom is full of fire and another who is the water that puts out the fire, but still leaves a little bit of a smoulder, and a closeted gay man who tried way too hard to prove he wasn’t gay.

Dee-Dee, how did you determine that “DoLs” would be your first play?

There was no specific moment. I think I was just very vocal about POC telling their own stories. It was the squeaky-wheel adage at play. I was given a deadline and procrastinated got my game plan together. I remembered that someone once said write what you know, so I drew on my own young adult experiences.

“DoLs” isn’t autobiographical but it has pieces of my life intertwined. “DoLs” stands for “Daughters of Lesbians,” which is a real group I found myself part of as a teen in Baltimore. It felt cathartic to put it on paper. It was almost like writing in my journal, which I haven’t done for years but hope to get back to someday.

Tito how does being a Queer Latino artist inform your writing?

I don’t want being a Queer Latino to be something that defines my writing but, obviously, there are times when it comes into play, like with “Organic.” But my other works have nothing to do with my Queer Latino experience and are simply stories written by someone who identifies as such. So, I guess it informs my writing when it’s necessary to have that perspective in order to get an idea across, but not really any other time. Or maybe it’s informing my writing all of the time and I’m just not aware of it. But I don’t think about it when I’m writing, I just write what’s in my head and it comes out how it comes out.

Dee-Dee: How does being a Black artist and a Queer ally inform your writing?

I don’t remember NOT being a queer ally. I didn’t know as a young person what ally meant. I just had amazing people in my life who were larger than life. I loved them, they loved me. They had my back and I had there’s. If people said or did things out of pocket we stood up for each other. Period. These stories were watershed moments in my life and provided for me, practical experience for how to love unconditionally.

Being a Black artist informs EVERYTHING I DO. I am a Black Woman. That is my lens, my reference and my North Star. My Blackness is tethered to my art. I can’t be anything else. I don’t want to be anything else. I am amazing. If people don’t agree with that, or if my Blackness makes you uncomfortable, then I am not for you and I am okay with that.

The audio stream of LOCAL COLOR premieres June 3-13 during Pride Month as part of the National New Play Network’s Bridge Program and the State of Utah’s Thrive 125 Statehood Celebration. Pay What You Can tickets ($0 – ?) are available here. 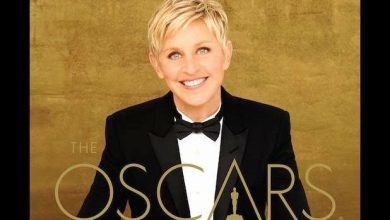