Students in a current issues class at Park City High School were surprised when they searched for “gay rights in Poland,” only to find they were restricted from viewing the results by recently updated filtering software. They also found the terms gay, lesbian, queer, and same-sex marriage were blocked.

“It is incredibly difficult to effectively educate and inform when we are prevented from doing further research of our own,” junior Summer McGuire, president of the PCHS Gay-Straight Alliance wrote in an email to principal Roger Arbabi.

Arbabi replied, “The new filter system that is in place will need to be adjusted to accommodate the needs of our community. I was in touch with the Director of Technology at PCSD and have been granted access to topics related to LGBTQ+.”

Texas company Lightspeed Systems is the service provider of the content filtering system used at Park City High School. In 2011, the American Civil Liberties Union sent a demand letter to the company advising them to remove LGBT-related terms from being filtered. The company agreed.

Lightspeed’s filtering software in 2011 included a category called “education lifestyles” that blocked access to educational LGBT-related information that was not sexually explicit. The ACLU discovered that public schools across the country had barred access to sites such as the Gay-Straight Alliance Network; the Gay, Lesbian, and Straight Education Network, and the official website for the annual Day of Silence to protest anti-LGBT bullying. Many schools activated the filter in the mistaken belief that it blocked sexually explicit content.

“Lightspeed Systems should be commended for responding quickly and responsibly to fix a problem that we have seen in school districts across the county,” ACLU staff attorney Joshua Block said at the time. “Websites should not be singled out for special treatment by public schools simply because they contain LGBT content. Educational websites addressing LGBT history should be treated similarly to other history websites, and websites urging support for the rights of LGBT people should be treated similarly to other political websites. Lightspeed’s new categories will ensure that all public school students have viewpoint-neutral access to important online resources.”

The school’s chief information officer, Andrew Frink, told the Associated Press that the recent blocks on LGBTQ terms were mistakenly implemented as part of a software upgrade.

“This new version has a much-improved ability to do search term blocking, which is an important tool in the complex work of filtering,” Frink told AP. “To set this up, we had to come up with a set of search terms to look for. As this is a massive and complex list and not something provided by the vendor, we chose to use a list created by other professionals in the field. It was this list that inadvertently blocked the LGBTQ search terms.”

Lightspeed provided a long list of suggested terms to filter, including many vulgarities and phrases such as “buy gun,” “blow up school,” “I hate myself,” and “naked pics.” Frink said the list included the terms blocked earlier and that he immediately removed them at the request of the principal.

The GSA at the school has been active since 2003 and won a national award for their work in 2014.

How to Come Out 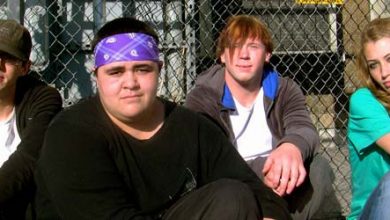