The road to Covid-19 immunity is fraught with danger and excitement.

It was a dark, stormy night. I was safely ensconced in the basement of Chateau Pap Smear, listening to the windows rattling from the force of the frigid wind, desperately continuing my several-week-long search online for the availability of a Covid vaccination. Luckily, I had many experiences doing Internet searches for sequins, caftans, and wigs, so searching for “vaccine” was not a stretch for me.

Sadly, I was disappointed at every turn; either being unqualified or absolutely non-vaccine availability. My God, it was worse than trying to score a personal cache of shimmering eye shadow during an Estee Lauder fall clearance sale. It’s not like I could make a simple and inexpensive substitute for the vaccine, such as substituting glitter and Gorilla Glue for glimmering eye shadow.

Fortuitously I happened to have the television on, broadcasting a news story probing a certain company in possession of a large quantity of public vaccination. I knew then that time was essential.

I hadn’t a moment to adjust my bra strap – which by the way – painfully pinched my breasticles regions.

Immediately, my glittery eyebrows furrowed as my freshly painted fingernails swiftly dribbling the computer keys alike snagging dollar bills off the stage of a drag show.

I opened the website with trepidation, fearing I would not again qualify; yet, low-and-behold, they counted obesity as a pre-existing condition. Viola! I was in.

Who knew that being a substantially gravity-enhanced queen would ever work to my advantage?

I immediately registered for both myself and Mr. Pap Smear. Upon hitting the send key, a message popped up stating that I would shortly receive an e-mail telling me if I qualified and giving me a secret code with which I could schedule an appointment.

At the crack of the following morning, I checked my e-mail. A positive reply had come to Mr. Pap Smear, but alas, there was not one for me. Damn it! Yet, looking on the bright side, one is better than none.

So, I booked his appointment, clear out in South Jordan. I had to shorten my usual daily public preparations from four hours to a pitiful 30 minutes. Oh, what sacrifices we must make in these desperate times!

So, in a rough-around-the-edges and not-quite-ready-for-prime-time-appearance, we jumped into Queertanic. Hastily, I became confused and programmed Jordan Commons into the GPS, and off we sped. Alas, we were miles from the appointed destination. So, I cranked the steering wheel to make an emergency U-turn.

Amid a cacophony of honking horns, Queertanic swerved and jumped the median. My spiked heel nearly punched a hole in the floorboard as I stomped on the gas pedal.

We arrived, parked, hurried into the building. When we approached the check-in table, we were greeted by a most adorable specimen of the male variety wearing, of all things, a bright orange safety vest that tended to highlight his swarthy olive complexion.

Out of habit, I immediately glanced at his ring finger to see if he was available. AND HE WAS!

I hurriedly pushed Mr. Pap Smear through the turnstile and went into a serious business of flirting with Mr. Orange Vest. Folk stories claim being asked by the staff if they want a shot, they were let in. It quickly became an urban legend. As I batted my eyelashes and giving my best “come hither look”, he did not extend an invitation. 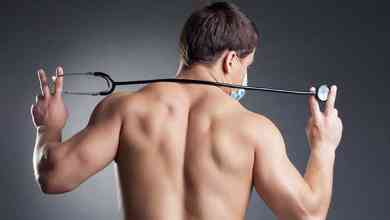 The Birth of a Queen

The tale of what happens in Vegas stays in Vegas