‘Furiosa’ hits the road with Anya Taylor-Joy and Chris Hemsworth

Sometimes, even now, the queerest icons are all subtext. Nothing could be clearer about Charlize Theron’s ferocious Furiosa in “Mad Max: Fury Road,” and the character never once declares herself to be anything but steadfastly devoted to the wellbeing of other women (and to be fair, it’s possible that all human sexuality is fluid post-Apocalypse anyway). So our lesbian motorcycle engines are already revved up to a fever pitch at the news of “Furiosa,” the prequel to the “Mad Max” series from director George Miller. Details are limited: “Queen’s Gambit” star Anya Taylor-Joy will step into the role of young Furiosa, and Chris Hemsworth will take an unspecified part. There are no plot details, only a comment from Miller that the story will span many years, which leaves open the possibility of Charlize Theron showing up. Meanwhile, cameras don’t roll until 2022 and word is that it’s already planned to be the largest film production in Australian history. We plan to stay excited until 2023.

First of all, is Zoe Kravitz queer and are she and Taylour Paige (“Ma Rainey’s Black Bottom”) a “thing” in the way that all English-speaking human beings understand to be the meaning of “thing?” Because, see, Kravitz’s Instagram post says that they are — a “thing,” that is — which means we’re going to take this minor mystery as true, assume that the two of them just went public about a new relationship, and that neither of them are #queerbaiting all of us. Moving forward, then, to Kravitz’s upcoming projects post-“High Fidelity” (unjustly cancelled by Hulu and depriving us of a fascinatingly complicated bisexual character played by Kravitz). Obviously, she’s Catwoman in the upcoming Robert Pattinson-starring “The Batman.” But best of all she’s the lead in the new project from legendary filmmaker Steven Soderbergh, “KIMI.” Kravitz plays a tech worker with agoraphobia who discovers evidence of a violent crime, only to encounter resistance and mounting complications when she attempts to bring it to light. It’s the kind of serious work we like to see happening for our favorite actors. And it’s almost as meaningful to us as thinking she and Paige are girlfriends.

Joe Exotic has his actor avatar at last. The infamous “Tiger King” from the Netflix documentary series of the same name is now the subject of more than one narrative project, but the one simply called “Joe Exotic,” set to debut on NBC, USA Network and the Peacock streaming service at the same time, the one co-starring Kate McKinnon, has now cast “Hedwig and the Angry Inch” creator John Cameron Mitchell as the titular gay wildlife enthusiast. By this point, even if you didn’t watch the Netflix series, you more or less know the story about exotic animal keepers with exotic personalities locked in a deadly feud. But these leads have us convinced to dive back into the story just to see two of our favorite character actors do unusual work. Mitchell has already called Exotic a “modern folk antihero,” which is a fun euphemism for “tried to have someone murdered” but we’ll allow it. He’s also expressed a cultural affinity based on their shared experiences of growing up gay in rural backgrounds. It sounds like he’s totally in, and so are we. Look for it sometime in late 2021.

Transgender author Torrey Peters saw her debut novel, “Detransition, Baby,” find mainstream success when Penguin Random House picked it up for publication, until now a fairly rare occurrence. And now comes another: a TV adaptation. “Detransition, Baby” is in development as a 30-minute comedy-drama (no cast yet) with a pilot written by Peters. The story involves a trans woman named Reese whose ex, Ames — who is in the process of detransitioning after living as a trans woman — contacts her with the opportunity to co-parent a child that Ames and their employer Katrina are having. Reese then has to decide whether or not to re-enter a partnership with Ames in order to fulfill her dream of motherhood. Early stages here, so this one will take some time to make it to your television. But now that acclaimed series like “Pose” and “Euphoria” have laid fresh narrative groundwork around trans characters and the complexity of their lives, and with “Pose” coming to an end, another well-made series unafraid to explore ideas about gender and trans identity will be more than welcome.

Romeo San Vicente wants you to stand up for trans lives. 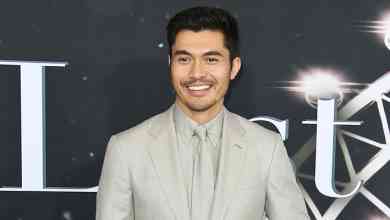 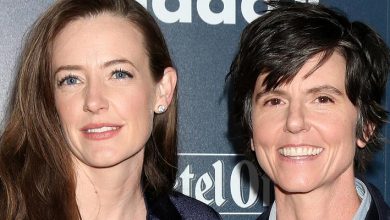