Kelly and I were already a couple when my nephew Braxton was born. A few years ago, he confided to me that one of the best parts of his childhood was literally always having two uncles. It was just normal for him. It shaped his view of gay people and helped him become a fierce ally of the community. I’m immensely proud of that.

Pride rubs off. Being out and proud can be a positive force not only in our own lives but in the lives of others. Psychotherapist David Strah, MA, LMFT and the author of the book, Gay Dads: A Celebration of Fatherhood, says “When we live life as openly LGBTQ people and stand up for ourselves in a self-empowered way, it teaches others — particularly kids — it’s OK to do the same for themselves and others.”

My great-niece, Lexi, recently proved that in a middle school cafeteria. She was sitting at a table with some acquaintances who happen to identify as non-binary and lesbian. A couple of boys decided it was appropriate to tell these non-binary kids that being gay is wrong, against the teachings of the Bible, and that they’re headed to Hell.

Lexi leaped into action! First, she tried reason, explaining that not everyone has the same belief system or even believes in Hell. Besides, what did it matter to these bullies how other people lead their lives? When that didn’t work, she approached her teacher, explained what the boys were doing, and put an end to the bullying. She could have chosen to ignore the boys and do nothing. Instead, she decided to stand up for what’s right. When I heard about it, I almost burst with pride.

Strah adds, “The foundation for happiness stems from our own positive self-esteem. As gay people, that’s important since too often we’ve been told we’re bad or wrong simply for being ourselves.”

I think kids raised with open, proud, and happy LGBTQ role models are increasingly starting to say enough is enough. For years, my bonus nephew Brody chose to wear his hair long. (He’s my “bonus” because he’s Lexi’s cousin but not from my side of the family – not that DNA could stop us from being family.) A couple of years ago, another kid decided to call him out for his hair and called Brody “gay.” Without missing a beat, Brody shot back, “I have a gay uncle, and he’s way cooler than you!” That ended it. (And I learned someone thinks I’m cool!)

Now, I’m not saying that I’m solely responsible for the actions and feelings of my younger family members. All my siblings’ acceptance and love for me — and for Kelly — is a testament to how lucky I’ve been in my life as an out and proud gay man. Each of my nieces and nephews has awesome parents who instilled in them acceptance and inclusion of all people.

But I think the fact that I’ve always been just who I am helps. And Strah agrees. He says that being out and proud of who you are can lead others to be pro-LGBTQ advocates. He came out at just 16 to his therapist mom and minister father, both of whom soon became active allies for the community. His dad went on to preach to thousands of people that the Bible is pro-gay; his mom helped her gay clients accept themselves more fully.

This Pride, and every day, be out and proud and happy. Because someday someone might just tell you having two uncles was one of the best parts of their childhood.

Thanks to David Strah. You can reach him at davidstrah.com 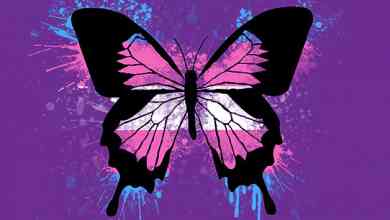