When I was a kid in the ’80s I saw an episode of the “Twilight Zone” called “To See the Invisible Man.” In a future society, people get a mark on their foreheads, kind of raised and fleshy, like a circle of scar tissue, as punishment. Once someone has this mark on their foreheads, it can’t be removed or obscured. If they try to cover it with, say, a hat or a hand, it will burn through the covering. And in the episode, it is mandatory to shun marked persons. It is essentially like being put in solitary confinement, without the confinement part.

Anyway, I say this because Andrew Wommack came up with the same idea, only for gays.

Well, OK. It’s not the ITAL SAME idea. Wommack didn’t mention anything about a mark that would burn through your hand, but maybe he just didn’t want to be so obvious about stealing from a 1986 TV show.

On Wommack’s “Truth and Liberty Livecast” he and guest Janet Porter, founder and president of Faith2Action, wax hyperbolic about the Equality Act.

“Homosexuals have like three times as much suicide as heterosexuals, and then you go into transgenders [sic], and it just continues to go up,” Wommack replies. “It’s a very destructive lifestyle. They have 20 years less than the homosexual lives than a heterosexual. And, you know, cigarettes take an average of seven years off of a person’s life, so homosexuality is three times worse than smoking. We ought to put a label across their forehead, ‘This can be hazardous to your health.’”

It sure is cute to have people with political clout and social capital talking about how LGBTQ+ people shouldn’t have and don’t deserve equal rights, not to mention the right-wing obsession with denying transgender people any shred of human decency, talk about LGBTQ suicide rates. Surely it must be the intrinsic filth of being LGBTQ+ and not, say, the people who have made it their life’s work to denigrate LGBTQ+ people that results in emotional and mental harm.

I also wonder who this forehead label would be for, especially with the completely vague word “this” starting the warning out. “This” could be anything! And then there’s the “your.” Is this message intended to warn other people away from said LGBTQ+ person, or is this message intended for an LGBTQ+ person looking into a mirror? Then wouldn’t it need to be written backward? So many questions.

Porter is on the show to promote her anti-Equality Act website and reveals that while the government is censoring her everywhere else, she’s found a little known work-around to getting a message out: sending bright orange anti-Equality Act postcards that read, “WE SAY NO” through the U.S. Postal Service.

This is curious. First, I think people know about the post office, Nancy Drew. But also, if you were worried about getting censored by the government, wouldn’t a postcard, a piece of mail with everything written on the outside, be the easiest thing to censor? And would you make them neon orange so that they stand out? If I were a censor at my local mail distribution center (I’m not. But they are hiring!) and it was my job to censor Porter, well, she’s certainly made my job easy.

Not to mention that Porter’s arguments against the Equality Act are the same homophobic racist garbage talking points you’ve heard before.

“It should be called the Criminalization of Christianity Act,” she says.

She claims that it would make it legal to “castrate your child” and that Sunday school classes would look like Drag Queen Story Hour.

Obviously, that’s not a deal. What she really wants is for you to pay $29.99 to mail 110 postcards to all of the U.S. House members, the Supreme Court and the White House. And, well, that’s actually not a bad deal. I mean, if you’re bargain shopping for hate.

“What [the Equality Act] would do basically is say that gender choice and homosexuality and all these things are like civil rights, just like, you know, ethnic,” Wommack eloquently says.

Can’t wait to hear his thoughts on Critical Race Theory.

The Equality Act has passed the U.S. House, but it will go nowhere in the Senate unless Democrats get rid of the filibuster. The best defense against the hate card brigade is to contact your U.S. senator and tell them to GET RID OF THE FILIBUSTER. And yes, I’m yelling. 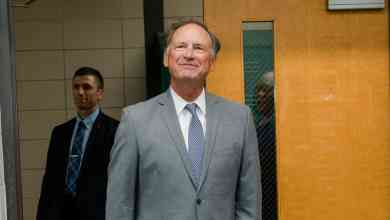