I’ve gone from grocery store to grocery store buying up every box of the Kellogg’s Together With Pride cereal and I have them all listed on eBay.

I’m kidding, I did not do that. Although apparently some people did because good luck getting a box of this sweet, heart-shaped crunchiness online for less than $20 a box.

This pisses me off, frankly. As a card-carrying member of The Homosexual Agenda, I should be entitled to at least one box of Pride cereal. But apparently Pride has just become too popular.

I should have known that the completely real and official Homosexual Agenda’s, um, agenda to make every single person identify as LGBTQ+ would backfire when it came to procuring limited edition breakfast foods.

Especially since I read that eating this cereal either makes you queer or increases your queerness. Think Popeye and spinach.

Which explains why the American Family Association (AFA) side hustle, One Million Moms (OMM), is so upset. Everyone knows that cereal consumption is directly correlated with sexual orientation and gender identity.

On June 18, OMM, a group of “millions” of moms followed by 4,138 people on Twitter, took to the interwebs to demand that Kellogg’s stop being so damn fabulous.

Under the headline, “Kellogg’s Continues to Use Cereal Mascots to Push LGBTQ Agenda” OMM Director Monica Cole writes, “Kellogg’s has supported the homosexual community for a long time, and now it is obvious they are going after our children. As part of an effort to say ‘all are welcome,’ Kellogg is collaborating with the Gay & Lesbian Alliance Against Defamation (GLAAD) advocacy group once again.”

NOW it’s obvious that Kellogg’s is after children? NOW? It wasn’t when Pop Tarts released their Frosted Wildlicious Wild Berry flavor, which was designed in a lab to be completely unpalatable to adult humans?

Okay. First of all, what is Kellogg’s supposed to do with their mascots? NOT push the LGBTQ agenda? Tony the Tiger has been making kids gay since 1952. Not only has he grown more buff since his debut (clearly hitting the gym on the regular), but he’s always worn a red bandana. I would bet money I could find Tony the Tiger NSFW fan fiction online right now. I won’t. But I definitely could.

As for the Rice Krispie trio, Snap, Crackle, and Pop (and by the way, I doubt those are their REAL names), who can definitively say what gender they are? I mean, people assume they’re male, but that’s all it is: an assumption. Do better. And then there’s Toucan Sam, the mascot for Froot Loops. Enough said.

“The most disturbing feature is the box top that has a special spot for children to add their own pronouns of choice, which encourages children to pick their pronouns,” Cole writes.

But it’s true. Cereal boxes are the deciders when it comes to pronouns. Nothing you can do about it. Just the way it is. Chances are your kid is going to use pronouns someday. Start preparing yourself now. Because whatever your kid writes on that box is legally binding. “Kellogg’s needs to hear from you,” says Cole. “Supporting the homosexual agenda versus remaining neutral in the cultural war is just bad business. If Christians cannot find corporate neutrality with Kellogg’s, then they will vote with their pocketbook and support companies that are neutral.”

That’s apparently the Kellogg’s era that the AFA and its handful of excitable moms long to go back to.

I’ve said it before and I’ll say it again: no matter how many rainbows a company puts on its products, what really matters is how much money they’re giving to anti-LGBTQ politicians and candidates.

And a lot of rainbow happy companies have no problem selling out your civil rights and safety for a Republican who promises corporate tax cuts. That’s not “neutrality” in the culture wars. That’s arming one side with tanks while giving the other side a wink and a thumbs up.

Is it better than nothing that Kellogg’s is donating money to GLAAD? Sure. I don’t know what Kellogg’s political giving looks like, but there are plenty of companies who are supporting the very extremists who hurt LGBTQ people. It’s not “Grrreat!” 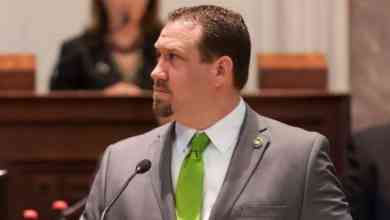