Twenty years ago, Jim Dabakis, Doug Wortham, and Michelle Turpin gathered at the former Orbit Cafe on Second South in Salt Lake City and started brainstorming. They wanted to harness the political and economic power of the LGBTQ+ community.

The first call they made was to Bruce Bastian, who generously gave their first donation. They filed the necessary paperwork, and on July 30th, 2001, Equality Utah was legally born.

Over the past two decades, the organization has grown in cultural influence and political power.

“So many of you stepped forward to lead the charge — board members, staff members, directors, volunteers, donors, and a legion of supporters. You have made all of our success possible,” wrote Troy Williams in a statement. “Through the years there have been many heartbreaking battles. In 2004, we were devastated by the passage of Amendment 3, which outlawed any same-sex relationship recognition. But after a feverish legal battle, the law was overturned in 2013, followed quickly by the passage of our LGBTQ non-discrimination law in 2015. Through it all, our community has rallied, marched, and lobbied for change. Even through the years when it looked like we would never prevail, our community remained steadfast and determined.”

“Flashforward to 2021. Even though we have several victories under our belt, it’s clear our work is not done,” Williams continued. “We have seen an uptick in regressive and extremist rhetoric rallying in opposition to our progress. In the ’90s, these extremists went after gay students. In 2021 they are mobilizing against transgender students. There is always a vocal faction generating moral panic, to stop progress and roll back our legal victories. They can try but thankfully, we are here, stronger than ever.”

“We will use your financial gift to ensure that we remain a powerful, political voice on Capitol Hill — ready to take on whatever challenges lay before us. And we will do it with our fierce and fabulous style,” Williams wrote. “Thank you for creating 20 amazing years.”

More information on Equality Utah can be found at equalityutah.org 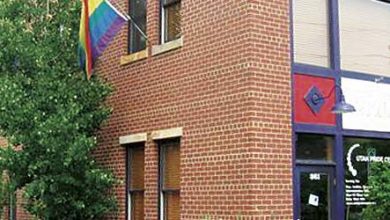