Most people I’ve encountered have one or two stories they can share that relate to all too common knowledge: Life changes in an instant. Unfortunately, that instant usually refers to a negative event, often comes when we’re least expecting it, and life itself is going along seemingly pleasant. Also unfortunate, is how ill-prepared most of us are when life surprises us with these untimely, unfortunate events.

A close friend of mine was recently diagnosed with cancer. Upon hearing this very heartbreaking news he and his partner began a (very understandable) downward spiral. All the “what ifs” began to dance in their heads and everything felt incredibly hopeless.

A couple of days after the diagnosis we met for lunch and I was so surprised and encouraged by their new outlook. As one of them put to me: “We decided to not give energy to the things we have no control over.” While not sure I could have that kind of strength or positivity when facing such uncertainty, they expanded. Coming to the very real realization that every relationship ends — whether by choice, breakup, death, or growing apart — the two of them agreed to put affairs in order so they could live to the fullest, with as little worry as possible.

One of them stated: “The realization came to me when I thought how I cannot imagine life without my partner. But the truth is, death happens to all of us and it is incredibly avoidant and actually unhealthy to not imagine it. For if I don’t imagine it, I can’t prepare.”

With that, I was reminded of another friend and her yearly sage advice. Having become a very young widow herself she shares her insights on the matter annually on her FB on National Widow’s Day.

Most importantly she states:

“Stop saying and thinking ‘I can’t imagine’ as if death only happens to others. Being prepared doesn’t speed up a death date, it just makes you smart.” This resonated so much as my friends with the new cancer diagnosis had the same revelation.

The truth is, most of us tend to live life as though life-threatening accidents and or illnesses are something that happens to others. When sharing the above list with my friends I feared I might be coming across as morbid or defeated in their upcoming cancer fight. But just the opposite happened. A week later they shared that by putting things in place they felt they had a direction and some power. Their energy was now spent on loving one another to the fullest – and both quickly recognized just how many ways they each got in their own way of doing that. They shared the past week had been the best of their relationship as neither held back on affections or compliments or kindness toward the other.

Now I’m certainly not advocating that we should all go through the potential loss of a loved one to realize just how valuable we are to one another. But I am saying we should put our houses in order and express our feelings of care and affection now; right now. Because a day will come when each of us will no longer be here. Who goes first and who’s left, we don’t know. If we have the ability to love, care, smile, share, laugh with another – we should do it. The saying “don’t sweat the small stuff — and it’s all small stuff” really rings true when you realize that everything can be lost in an instant. Life is made up of a million different memories. Usually, it’s the simplest ones that bring the most happiness.

Dr. Laurie Bennett-Cook is a Clinical Sexologist and divides her time between Palm Springs, Calif., and Salt Lake City. She can be reached at DrLaurieBennettCook@gmail.com

Vaxed, waxed, and ready to climax 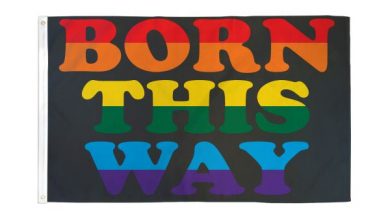