Two Utah softball players who are engaged to be married will be competing in the Tokyo Olympics. Against each other.

Partners Amanda Chidester and Alissa Urtez were engaged in November of last year. They also each qualified to compete in the Tokyo Olympics. Chidester on Team USA and Urtez on Team Mexico.

While the couple trained together through the pandemic, they said it would be a different game once competing.

“Once we get with our teams and we get on that field, we are playing against each other,” Chidester told OutSports co-founder Cyd Zeigler. “Obviously, we support each other no matter what, but we are on our teams, and we want our teams to t=do the best that we can.”

“We’ve had a bunch of conversations about it,” Chidester continued. “Whoever medals, we are going to be happy for each other no matter what. It’s not going to be this bitter thing.”

“As much as softball is a huge part of our life, it doesn’t define who we are and who we are in a relationship,” Urtez said.

“But we also told each other that when we are on the field, we don’t know each other,” said Chidester. “It’s game on.”

The couple has been together for about two and a half years, since 2018.

“We were both playing professional ball through Scrap Yard Dawgs. There was a big group of us who all played together. Hannah [Flippen] played at Utah with me and knew her,” Chidester said. “So I remember asking Hannah, ‘Who’s that shortstop?’ and Hannah said, ‘Are you kidding? You’ve played against each other for the last year or two against Mexico.’”

“We played the whole summer, and I had the biggest crush on her,” Chidester said.

Urtez, however, was in a different relationship through the summer.

“So, I just wanted to be her friend and get to know her,” Urtez said.

“She didn’t even know I existed,” Chidester interjected.

“It wasn’t until the Fall when I came out to Utah that things started to happen for us,” Chidester said.

“I ended up breaking up with my [now-]ex-girlfriend, and Amanda and I were starting to have deeper conversations.”

In 2019 they went on to play in the National Pro Fastpitch League — Urtez for the Cleveland Comets and Chidester for the Chicago Bandits. They also both qualified that year to be on their respective Olympic teams. Their playing careers reunited in 2020 when the pair signed on to play in the inaugural season of Athletes Unlimited Softball.

As the 2020 Olympics neared, the pandemic hit, and much confusion and consternation took place as athletes and others around the world waited for a decision as to what would happen. At first, the couple was, of course, very disappointed in the games being held off for a year, but they had feared a complete cancellation.

“For it to be able to be postponed was definitely a blessing,” Urtez said. “I’d rather it be postponed than canceled.”

“It was so hard to turn this negative into a positive, but looking at it now, reflecting back, it is definitely a positive because it gave us much more time to train,” Urtez continued.

The pair decided to move in together in Utah in 2020.

“I played college softball at the University of Utah from 2013 to 2017,” Urtez said. “And I just decided to stay out here because I love it. It’s outdoorsy; I love hiking; I love biking.”

“Amanda came to visit when we first got together, and she loved it,” Urtez continued. “It just really fits our lifestyle very well.”

“Niss gave Michigan a chance, but it was cloudy and cold there,” Chidester said.

“At least when it’s cold here [in Utah], the sun is always out,” Urtez said.

They now live together in Draper.

Chidester had wanted to “pop the question” right after the 2020 Olympics.

“I had this timeframe in mind,” Chidester said. “I thought I’d propose to her after the Olympics in the Fall. But when they were postponed, I was like, ‘Do I keep it then, or do I push it back?'”

“We were just getting ready to move to Utah, and I thought, ‘You know what? It would be a good start. We’re moving to Utah together, and we’d be engaged,'” Chidester explained. “I’d been living in Michigan my whole life, so moving to Utah was a big move.”

Chidester said their relationship really “took off” in Southern Utah while visiting Zion National Park the summer after they first met. When the duo was part of the Athletes Unlimited sports league from August to October 2020, other players kept asking Chidester when she would propose to Urtez.

Friends began working on details like Urtez’ ring size and when and where the engagement would be.

“We had plans to go to Southern Utah for a vacation,” Chidester said. “So, she had no idea [that Chidester would be proposing].”

They ended up at one of Urtez’ favorite places — Horseshoe Bend outside Page, Ariz.

“I just thought we were on a great trip with really close friends,” Urtez said. “We were going to one of my favorite spots. And I just turned around, and she was on one knee, and I was like, ‘Oh my god, is this for real?'”

“She did so good,” Urtez continued. “The ring was perfect. The location was beautiful, too.”

With the engagement, each had several people to come out to before word spread. They said the response, both in-person and online, was highly positive.

“I feel like I’m very fortunate that I haven’t had any backlash for who I am,” Urtez said. “I have had some issues with family. It was definitely difficult for my mom at first. But being able to have those conversations with my mom was so hard because she felt that she did something wrong. That made me feel like I was a bad person like I was doing something wrong.”

“As I got older and she came to terms with who I am, we have grown in our relationship,” Urtez continued. “Being able to be more confident in who I am, I think she notices the difference and my happiness.”

“She’s happy for me bow because she knows I’m happy, and I’m in love, and I’m with who makes me better,” Urtez continued.

She had to tell several family members right after their engagement because she didn’t want them to find out through social media.

“Out of respect, I wanted everyone to know who I am before we let the world know,” Urtez said.

“I feel like the more confident you are, and what you want for yourself, people are going to come on board with that,” Chidester said. “Being with Niss has made me more brave. She’s brought out a lot more confidence in me.”

“When we put it out on social media, we didn’t get anything but great responses from everyone,” Chidester said. “Even people I wouldn’t have expected to reach out did and said ‘We are so glad you are happy.'”

TeamUSA made an announcement of the couple’s engagement, and the pair said it has been nothing but positive feedback “across the board.”

The Mexico and United States softball teams will face each other on July 23 at 11:30 p.m. Mountain Daylight Time for the opening round. Should both teams progress to the finals, they will play either Monday, July 26 at 10 p.m. MDT or Tuesday, July 27 at 5 a.m. MDT.

The couple is happy to be in Utah.

“We were shocked at how big the gay community is in Salt Lake,” Urtez said. “There are pride flags in so many neighborhoods, and that is great to see.”

As far as joining the local LGBTQ softball league, Urtez said “We’ll find them when we retire.” 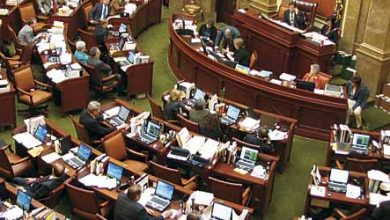