An Orem City Councilmember is up in arms over “Rainbow Month” displays at the Orem Public Library.

Terry Peterson sent a letter to his fellow councilmembers.

“I received a discouraging phone call last Sunday night. They told of a concern they had regarding the Orem City library. The library has prominent displays in both the teen and children’s sections on Pride month,” Peterson wrote. “Walking into the library on June 14th to see for myself, I saw these displays but I saw nothing celebrating Flag Day. Also nothing regarding Father’s Day. In addition to the displayed books, the library promotes over 65 books in the children’s section website on Pride month.”

“I reached out to the library with my concerns. No matter your sexual preference, our public money and platforms should not be used to plant ideas and encourage children to question their sexuality and identity,” he continued. “When our public library displays these books in this manner, it appears that we as a community are endorsing these ideas. These sensitive conversations should be happening at home and not being promoted by the public library. By the way, the teens have a section under Pride month which is labeled graphic Pride month books. Please let’s protect our children. As a lifelong resident of Orem, I couldn’t be more disgusted or outraged. This is not the role of a tax funded library.”

“Highlighting LGBTQ+ items during Pride Month was also reflective of the spirit of inclusion the city recently promoted in its annual Summerfest celebration with the theme, “This is Where You Belong,” Charlene Crozier, library director, told the Herald-Journal.

“The goal of the Orem Public Library is to serve all of our diverse community,” Crozier continued. “The Orem Library had displays featuring books and movies about LGBTQ+ characters, subjects, and authors.”

Crozier added that the Library Advisory Commission was aware of the displays and supports the library’s efforts to serve a traditionally underserved population in the community.

“Even though some were concerned about the displays, the overall response to them was positive. Some parents thanked library staff for offering the selection of materials,” Crozier said.

Other June book displays included one on hiking, camping, and exploring outdoor Utah, one on Juneteenth, and smaller displays showing books from collections throughout the library.

Crozier noted the library also featured many displays for Black History Month in February and will celebrate other months throughout the year with displays around the library.

The ultra-conservative Utah Board of Education member Natalie Cline shared Peterson’s letter on her Facebook page.

“Displays like this are popping up in libraries all over Utah in conjunction with Pride Month,” she wrote. “The overt displays may go away at the end of June, but the books will remain. If you are concerned about these types of books being made available to immpressionable children please contact your local city council members.”

“Individuals can use their own money to fund the destruction of their own children by buying those books online with their own money if they choose,” Cline continued. “It is not the responsibility of a public library to provide that for them. Public funds should not be used on books that hurt children during their impressionable years. Children should be safe to pick up any book in the children’s section without fear of being sexualized. We have a responsibility to protect young developing minds until they are mature enough to understand the consequences of dangerous ideas. If this were not the case we would make porn available in the children’s section too.”

Cline’s base made over 111 comments on her posts, many with words like “perversion,” “propaganda,” and “evil.” She also posted against a similar display at the Riverton library.

“We stand united with the Orem Public Library’s efforts to uplift our community with light and understanding. In keeping with the theme of Orem’s 2021 Summerfest, “This Is Where You Belong,” we are proud our library staff put those words into action,” the petition reads. “Library displays frequently highlight media relevant to the current season, such as holidays, pop culture trends, scientific topics, and social issues, to name a few. While the displays contain only a small sample of the library’s resources on a given topic, patrons are often inspired to study new ideas and perspectives. No other institution in our community serves this purpose for all residents the way our library does.”

“Following Governor Cox’s proclamation of June as Pride Month in Utah, the library’s display on Pride offered patrons an opportunity to learn about LGBTQ topics and perspectives,” Davis and Lentz continued. “While no display ever forces an individual or family to delve into the materials, this display provided a valuable resource to those interested in learning about these topics, including parents seeking age-appropriate materials to support them through uncertain conversations with their children.

“Depression and suicide rates in Utah are among the highest in the nation, particularly among our youth. We need to be better at cultivating a climate of inclusion, at extending a hand of friendship—especially to those who feel isolated or marginalized. LGBTQ residents are among the most vulnerable, and we need to do more than simply tolerate our differences. To develop empathy, we must first seek to understand.

“Every July Utah celebrates the pioneers who fled here to escape various forms of persecution and bigotry. With that heritage, one might expect our culture to be particularly sensitive to the persistent challenges faced by marginalized populations. For a sense of belonging, we each need to feel loved and respected. We need to feel like our unique identity is valued, even when our perspectives and opinions differ.

“As we consider how to respond to those who perpetuate bigotry and exclusion in our community, let us ask ourselves, “Am I also casting stones of hatred and intolerance? Am I watching in silence from the sidelines? Or am I stepping forward to support and comfort those in need?”

“Our hope, plea, and expectation is that our community—especially those to whom we look for leadership—will choose the latter. That Orem will truly be a place where all feel welcome, that they belong. That members of this Council will use your platform to express love and understanding, rather than disgust and outrage. That each of us will use this moment to reflect on how we can better learn from and appreciate those with life experiences and perspectives different than our own.”

At press time the petition had gathered 1,737 signatures.

The petition can be seen at chng.it/d8K92W9Jps

On June 1, Gov. Spencer Cox signed a proclamation declaring June as Pride Month, stating, “Here in Utah, we strive to create a culture of hope, love, understanding, and respect by celebrating our common humanity.” 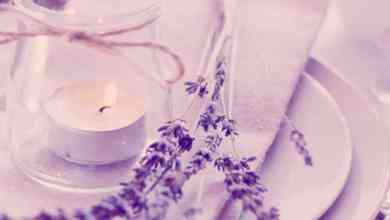