Y’all, people are being very mean to Senator Lindsey Graham (R-South Carolina) on the internet. Again. I mean, what does this guy have to do to get some respect around here?

On July 14, Graham publicly took a brave and bold stance rooted in widely held values. And instead of being lauded as a hero, he’s being ridiculed.

No, he didn’t express support for a commission to investigate the Jan. 6 terrorist attack in D.C.

No, he didn’t come out and urge people to get vaccinated against COVID-19, denouncing the anti-vax conspiracy theories as morally abhorrent and dangerous.

No, he didn’t break from his party’s Trump-led base to declare that the 2020 election was fair and that Donald Trump lost.

No, he didn’t say that climate change is real.

No, he didn’t stand up for voting rights, calling out his party for trying to throw democratic elections in the trash.

No, he didn’t take a stand for gun violence protections.

No, he didn’t advocate for universal health care after the COVID-19 pandemic exposed critical gaps in our already inefficient health care system.

No, he didn’t present a plan to make sure that the United States is never again caught in a pandemic with no plan and few resources.

No, he didn’t agree that we need to tax the richest people in the country in order to pay for programs that would dramatically increase the standard of living for millions of Americans.

No, he didn’t say that he would die for Chick-fil-A.

Oh, wait. Yes he did. That last one he absolutely did. But, in his defense, SOMEone has to die for Chick-fil-A. Because freedom?

Apparently, a Chick-fil-A is being considered as a new addition to Notre Dame Campus Dining, and that’s received pushback from the Notre Dame community. And that’s where Graham draws the line.

On July 16 Graham tweeted, “It’s disappointing to hear some ND students and faculty want to ban Chick-fil-A from doing business on campus because they disagree with the values held by the Chick-fil-A founders.”

Not that Graham really needs to be weighing in on this issue as there are some mega pressing issues that need immediate attention in this country, but if he HAD to say something, then that should’ve been it. That’s the Tweet, as they say.

But he ended that Tweet with, “What a dangerous precedent to set.”

What a dangerous precedent to set?

What a DANGEROUS PRECEDENT to set?

WHAT A DANGEROUS PRECEDENT TO SET ARE YOU FUCKING KIDDING ME?

The Trump Administration, which Graham fervently supported, was nothing but dangerous precedent after dangerous precedent that moved this country further and further away from its ideals and his supporters are STILL like, “We need more dangerous precedents” as we head toward the 2022 election and THIS is where Graham sees danger? In a group of people using their first amendment rights to protest a fast-food restaurant whose owners have a history of financially backing anti-LGBTQ+ groups?

Graham adds, “I want everyone in South Carolina and across America to know I have Chick fil-A’s back. I hope we don’t have to, but I will go to war for the principles Chick fil-A stands for. Great food. Great service. Great values. God bless Chick fil-A!”

I WILL GO TO WAR FOR CHICK-FIL-A. It’s quite the stand to take. I mean, I’ve heard people say about Taco Bell, “I would die for a Chalupa right now” or “I ate a Chalupa and it killed me.” But these people were not United States Senators making public statements about junk food joints during a pandemic and an on-going effort to erode Democracy.

I’ve never eaten Chick-fil-A in my life. I grew up in Michigan at a time when Chick-fil-A did not exist. And now they’re popping up, but I haven’t eaten meat in many years. So I don’t know what the hype is about.

What I do know is that Graham is a great example of a Republican with no moral compass who has been putting party before country hard-core since Trump. He’s gutless. While he declared Trump “unfit for office” prior to the election, he now worships Trump as a deity. You could call that a dangerous precedent to set. You could even call Graham the Original Chickenshit Senator. 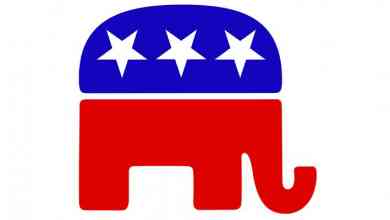 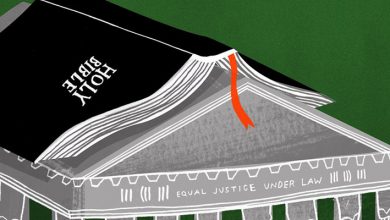