We watched “The White Lotus.” You watched “The White Lotus.” All queers watched “The White Lotus.” (Note: we realize this is false, but we’re trying to make it a thing.) And now “The White Lotus,” queer writer-director Mike White’s deliriously entertaining/agonizingly uncomfortable comedy-drama-kinda-sorta-death-mystery that’s full of queer-adjacent and wickedness-adjacent college kids and surprising gay reveals and Jennifer Coolidge and the kind of on-screen sex that makes homophobes upset, is getting another season at HBO. Obviously, the cast isn’t coming back to the same hotel for another week of terrible experiences. Rather, it will be a new cast of unhappy vacationers at a different hotel in the White Lotus family of all-inclusive luxury resorts. But with the success of this season, you can absolutely count on White’s trademark scalpel-precise evisceration of human badness, and almost certainly count on an upping of stakes in the horny weirdness department. Is it next summer yet?

One of our favorite queer filmmakers/TV series creators, Justin Simien, has a new high-profile gig: rebooting Disney’s “Haunted Mansion” franchise. The 2003 Eddie Murphy-starring installment failed to inspire a demand for more, so Disney’s taking another shot at turning the ghost-filled manor into a “Pirates of the Caribbean”-level saga. This time around, “The Haunted Mansion” is courting comic gold Tiffany Haddish for a lead role, as well as Academy Award nominee LaKeith Stanfield (“Judas and the Black Messiah”). Obviously, the impulse to make every ride at Disneyland parks into feature films isn’t always a slam dunk (we remember “The Country Bears” only because the gay bears we know felt duty-bound to buy tickets), but if the man behind “Dear White People” and the breakout star of “Girls Trip” can’t infuse this one with some supernatural comedy magic, then maybe it’s going to stay deader than the ride’s hologram ghosts. And if we may, one haunted request: let the “Nightmare Before Christmas” characters come along for the ride? It works in the parks.

Keiynan Lonsdale is getting a ‘Fake Boyfriend’

Now this is the kind of thing we like to hear: a young rising queer star and an experienced New Queer Cinema filmmaker teaming up for something we’re absolutely going to watch. “My Fake Boyfriend” is an LGBTQ+ romcom starring Keiynan Lonsdale (“Love, Simon”), “Modern Family” alum Sarah Hyland and Dylan Sprouse (“After We Collided”), to be directed by Rose Troche of the legendary ’90s lesbian rom-com “Go Fish,” produced under a partnership between Lionsgate and BuzzFeed. Lonsdale, who came out around the time of “Simon,” will play a young man who uses social media to create a fake boyfriend to keep a problem ex out of his life. One problem: he meets a new real boyfriend and has to figure out how to uncreate the fake one. It all starts shooting in Canada soon with a current theatrical date of summer 2022. We’re going to vote with our ticket money on this one for sure because we envision a future of queer rom-com domination. The straights have had almost all of them, so now they have to watch ours.

LeBron James teams up with Sydney Freeland for ‘Rez Ball’

If you haven’t seen trans Native American filmmaker Sydney Freeland’s great indie film “Drunktown’s Finest,” drop what you’re doing and get on that. You’ll want to be an in-the-know fan who gets why the upcoming sports drama “Rez Ball” is a wonderful step forward in queer indigenous representation. She’s co-written (alongside Sterlin Harjo) and will be directing the basketball-themed story, adapting Michael Powell’s New York Times articles about the world of “reservation basketball,” as well as his novel, “Canyon Dreams.” Produced by basketball legend LeBron James, the story revolves around a Navajo high school basketball team fighting for the state championship. Think “Friday Night Lights” and “Hoosiers” in a little corner of New Mexico. It’s all coming soon(ish) to Netflix, where you can also watch Freeland’s other film, “Deidra and Laney Rob a Train.” So while you’re waiting, what are you waiting for? 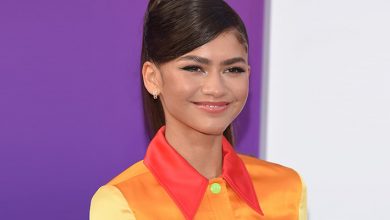 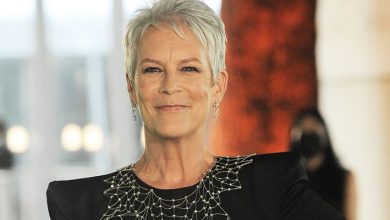