The first – and to my knowledge only – photo my mom has ever taken with her phone was of her cat, Sophie. You may remember Mom’s kitty from my 2019 column Sophie, The Homophobic Cat. She’s the one that hisses at me … over the phone.

For all of Sophie’s less agreeable attributes, I’m glad my mom has her. Hardly a day goes by that I’m not regaled with the antics of the cat. More importantly, Sophie may be adding years to my mom’s already long life. A 2009 study in the Journal of Vascular and Interventional Neurology declared that having a cat reduced deaths from cardiovascular disease by lowering blood pressure and reducing stress.

Having a dog has also been scientifically proven to lengthen your life. A 2019 study published in Circulation: Cardiovascular Quality and Outcomes concluded that dogs decrease your risk of death over the long term by lowering blood pressure, improving lipid profiles, and easing stress.

But adults aren’t the only ones who benefit from having a pet. I think it’s important for kids to have one growing up if it’s at all feasible. It teaches responsibility, compassion, and respect. Pets can even boost a kid’s self-esteem.

That pet-inspired self-esteem is especially important for LGBTQ+ kids. In his doctoral dissertation, Dr. Jeffrey Jin, MSW, DSW of the University of Pennsylvania presented research that showed in a world where queer kids are isolated and rejected by family and friends, pets offer unconditional love and companionship. Fido doesn’t care which team you play for.

Maybe that’s why LGBTQ+ adults are more likely to have pets than are straight people. According to LGBTQ information network Queer Café, a full 70 percent of gay adults have pets compared to 60 percent of straight people. An interesting trend is also emerging: a growing movement for gay people and LGBTQ+ families to adopt their pets from the pound. The reason? Empathy.

Since LGBTQ+ people understand what it feels like to be treated as an outsider, be abandoned by family, and even neglected, we apparently want to help others who may be suffering from the same trauma. What better way to give and receive unconditional love and mend a broken past than to rescue our pets from the pound? Both our dog and cat came from the pound.

Ten years ago, when we brought Athena Cat home, we had no idea what her life had been like before us. We knew her previous humans had moved, leaving her behind, and she was stingy with affection, preferring to be left alone.

But that all changed a year later. On a routine visit to the vet, she managed to slip out of her carrier, dart across six lanes of traffic, and disappear. We searched high and low for more than two weeks but to no avail. Then on the night of the first snowfall of the season, a woman called: she’d found Athena seeking shelter on her porch. Even though it was well past the boys’ bedtime, we zoomed to her house a short five blocks away. When Athena saw me, she literally leaped into my arms.

Maybe I’m projecting, but I think she was holding back on becoming too attached to us as a way to protect herself from repeating what had happened with her previous humans. Coming back for her proved we were worthy of her love.

Ever since that fateful night, she’s been the most affectionate and loving cat you’ll ever meet. And on cold and snowy winter nights, she sleeps with Kelly and me, a paw always outstretched to touch some part of my body, maybe making sure I’m still there. 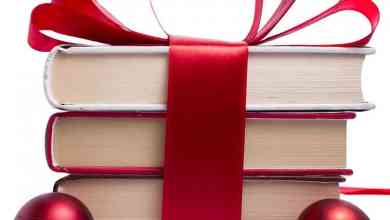 Links in a Chain