Bayard Rustin, one of the organizers of Dr. Martin Luther King Jr.’s 1963 March on Washington, was less often a public figure due to being openly gay at a time before the queer civil rights movement had the momentum it built in the 1970s. But his Quaker beliefs were part of King’s philosophy of justice and non-violence, and now it’s time for his place in history to get its spotlight with a biopic. We couldn’t ask for a better actor to take on this role than Colman Domingo. Tony-nominated for “The Scottsboro Boys,” the openly gay actor has also been working for a long time now in film and TV – “Zola,” “Euphoria,” “Ma Rainey’s Black Bottom,” and anytime he shows up it’s a welcome addition to the project. “Rustin,” the first produced by the Obama’s production company, Higher Ground, for Netflix, will be written by Dustin Lance Black, directed by George C. Wolfe, and will focus on Rustin’s personal journey and his public work with King. Chris Rock co-stars, and, because we’re all queer here, there’s an added bonus with the casting of Broadway star Audra McDonald in a supporting role. Look for “Rustin” on Netflix sometime in 2022.

The “Hellraiser” reboot has a cast! And as we hoped, Clive Barker creation Pinhead – who we always assumed was queer because, come on, is there a bigger diva? – will be handled by none other than “Sense8” and “L Word: Generation Q” star Jamie Clayton. Clayton is one of our favorites among Hollywood’s exciting crop of upcoming trans artists who’re changing the game when it comes to casting, so this news couldn’t be more timely or appropriate. David Bruckner (“The Night House”) will take on directorial duties and “Grand Army” actress Odessa A’zion will star alongside Brandon Flynn (“13 Reasons Why”), Goran Visnjic (“ER”) and Drew Starkey (“Love, Simon”). We’re told the story involves the origin of the extra-dimensional creatures known as Cenobites, but that could have fully changed course since we first learned of the project. Hulu gets it in 2022, and until then there are so many sequels to the original film to catch up on, you can easily occupy your time until our favorite monster returns to tear your soul apart.

Twitter-dunking on Ben Platt may be trending at the moment, thanks to the divisive film adaptation of “Dear Evan Hansen,” but we’re still on his team and rooting for the talented actor’s upcoming work, even if we’ll be very old when Richard Linklater finishes his shoot-across-the-years “Merrily We Roll Along” in 2040. Sooner on the horizon is Amazon’s “The People That We Hate at the Wedding.” Production is underway in London for the ensemble comedy featuring Platt, Allison Janney and Kristen Bell. Bell and Platt play siblings at a wedding they don’t want to be at alongside Janney, their mother. Claire Scanlon directs the adaptation of Grant Ginder’s novel, where dirty laundry is aired and comedy ensues. And there’s a supporting cast that includes Cynthia Addai-Robinson (“Power”), Karan Soni (“Not Okay”), Dustin Milligan (“Schitt’s Creek”), Tony Goldwyn (“King Richard”), Isaach De Bankolé (“Black Panther”) and Jorma Taccone (“Popstar”). We hate weddings, too, but we’ll accept this invite.

Lifetime’s first lesbian-themed Christmas movie is coming this December, not a moment too soon. Leaving Hallmark in their dust when it comes to bolder strides toward story inclusivity, the network has greenlighted “Under the Christmas Tree,” starring Elise Bauman, Tattiawna Jones and Ricki Lake. The story revolves around – get ready for this groundbreaking stuff – a successful businesswoman (Bauman) meeting a Christmas tree curator (Jones). They don’t get along at first! They dance around their attraction! Will it all work out in the end? Will they get together? How will bakery queen Ricki Lake employ gingerbread women to make the real life women fall in love? You know the answers. You’ll watch it anyway. It’s lesbians. We need them at Christmas more than ever and you know it. Play the drinking game of your choice on December 19. 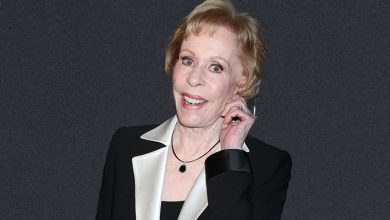 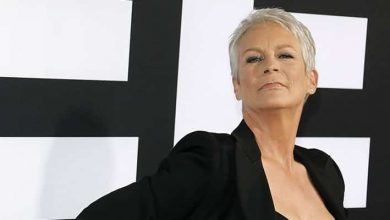 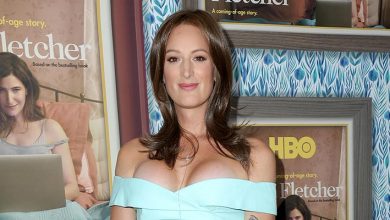