If a gay actor plays James Bond (and do we suspect this may have already happened?), will that change Bond’s persona and on-screen behavior? Ben Whishaw, who has been playing gadget maker “Q” in the current movies, doesn’t think so. Whishaw has been both sides of the street as a hetero, if quirky, romantic part in the BBC’s “The Hour” and the adamantly gay side of a relationship biopic “A Very English Scandal” opposite Hugh Grant. Two avowedly gay actors, Jonathan Bailey and Luke Evans, have been mentioned to play Bond, now that Daniel Craig is giving up the part. Both have played it straight with Bailey as Anthony Bridgerton in the Netflix production of “Bridgerton,” and Evans is best known as Gaston in the live-action version of Disney’s “Beauty and the Beast.” Whishaw says, “I really believe that we should work towards a world where anyone can play anything, and it would be really thrilling if it didn’t matter about someone’s sexuality to take on a role like this.”

Speaking of persona and behavior, DC comics announced that the son of Superman and Lois Lane would be involved in a same-sex relationship in an upcoming comic. Superman’s son, Jonathan Kent, is portrayed as bisexual in “Superman: Son of Kal-El #5” which will be available in November 2021. This apparently adds “super-invisibility” as another “super-power.” Jonathan and his male friend Jay (or Pat or something) will share a tongue-and-all smooch, and there’s no evidence that they “had too much beer.” Jonathan has been protecting the American Way as “Superboy,” but his father has gone into deep-space, and Jonathan has picked up the “Superman” mantle.

Two Omaha, Neb. women are suing the state of Nebraska over its refusal to list both names on their children’s birth certificates. The U.S. Supreme Court has already ruled both parents’ names are OK when applied to married same-sex couples. Nebraska already does it for unmarried opposite-sex couples but denied it because the two women, who were not married but were once a couple who separated in 2013, had babies. In 2018, one applied for an amended birth certificate for a son, listing both as legal parents, and was denied. The ACLU of Nebraska filed suit after it was ruled the documentation insufficient, even though such documents for opposite-sex parents are accepted. The couple used the same donor for all of their children, but that party has not petitioned for any recognition.

Former California Highway Patrol officer Jay Brome received a settlement of $2.2 million from the state in a successful lawsuit against the California Highway Patrol, saying he was harassed because he’s gay. He was a CHP officer from 1996 until 2015, when he took medical leave due to stress. He encountered harassment beginning in the police academy, which continued throughout his CHP career. There were name-calling and insensitive instructors in the academy, one of whom told him to “take my skirt off and start acting like a man.” His suit says that he had trouble getting back-up even in difficult and dangerous situations on the job. When he was named officer of the year in 2013, his photo was not displayed among others who’d received the honor. Now retired, he runs a used clothing store in Benicia, Calif.

President for ‘Pro’ and against ‘Anti’ LGBT laws

The White House released the president’s statement on National Coming Out Day criticizing states that have passed anti-LGBT legislation and praised the Equality Act, currently stalled in U.S Congress. He praised himself for advocating marriage equality before it was endorsed by previous presidents and his appointment of gays, lesbians, and transgender people to high posts in his administration. He decried state legislatures that passed 20 LGBT-oriented bills in 2021, many allowing exclusion of transgender youth from school sports teams comporting with their gender identity. Other states have passed laws regulating mental and medical help for transitioning minors.

In his first bill signing after thumping the opposition in the recall election, California Gov. Gavin Newsom made the state the first to outlaw “stealthing,” the non-consensual removal of a condom during sex. The state legislature unanimously passed the bill making it a civil offense to “stealth.” California is also the first state requiring department stores to display items like toys and childcare items in gender-neutral ways. LGBT advocates hailed the gender-neutral toy and diaper aisle regulations as a big win. It apparently rules out the use of blue and pink as marketing tools and requires Madam Alexander dolls to be displayed next to GI Joe dolls. The advocates claimed this will help do away with stigmatizing children’s toys and diapers with unwanted gender markers. Well, it’s not the fight for marriage equality, but it is what we have to fight for now.

Gay Icon May Get His Due

Bayard Rustin, a gay man instrumental in the civil rights movement, was erased by officials of the movement. He may soon get his cinematic due. Actor Colman Domingo was cast as the gay civil rights leader in the Netflix production, “Rustin.” The film is being developed by Higher Ground, Michelle and Barack Obama’s production company. No release date yet for the film. Rustin was a close advisor to Dr. Martin Luther King, Jr. He was one of the principal organizers of the Southern Christian Leadership Conference and the architect of the 1963 March on Washington. Rustin was forced to take a less public role in the movement because of a 1953 arrest for having sex with a man. This was revealed in the 1960s by unfriendly law enforcement types and used by his detractors in the movement who didn’t approve of his open homosexuality. He was pardoned in 2020. “Rustin” also features Chris Rock as NAACP leader Roy Wilkins, Glynn Turman as A. Philip Randolph, and Audra McDonald as Ella Baker. It is directed by George C Wolfe, who directed “Ma Rainey’s Black Bottom.” Wolfe also co-wrote the “Rustin” screenplay with Dustin Lance Black.

Super Bowl-winning coach, Jon Gruden, resigned as head coach of Las Vegas Raiders for impolite comments in emails 10 years ago. He characterized a football player’s union official using offensive racial terms. What lands him in this column is his unflattering characterizations of league officials and others using derogative language involving gays, transgender women, and felines. Gruden called the league’s commissioner, Roger Goodell, a “faggot” and a “clueless anti-football pussy”. Had he been RuPaul, it would be OK, but he also said that Goodell should not have pressured the LA Rams to draft “queers.” In 2014, the Rams drafted Michael Sam, the first out gay NFL player. In emails, he mocked Caitlyn Jenner’s transition. Gruden also strayed into politics, criticizing President Obama and calling Joe Biden a “nervous, clueless pussy.” 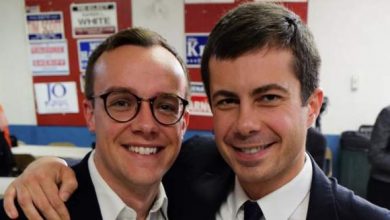